In the previous part of this series, we discussed how Google (GOOG)(GOOGL) is able maintain its leadership position in the worldwide digital advertising market with a share of more than 30%. We discussed that mobile search and YouTube are the main growth areas for Google, due to which the company has managed to maintain its market share.

But Facebook (FB) has emerged as a strong player in this market and could double its share in this market from 4% in 2012 to about 8% in 2014, according to the report from eMarketer. 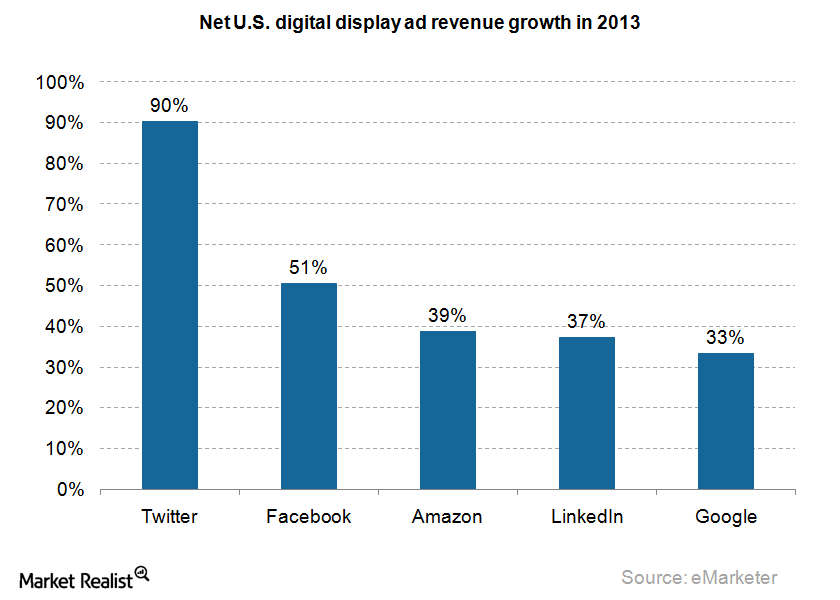 Facebook’s growing its display ad revenues much faster than Google

The main reason why Facebook has been able to grow its market share is the strong advertising revenue growth that it has experienced in the last few years. According to another report from eMarketer and as the chart above shows, Facebook’s digital display ad revenues in the U.S. increased by 51% in 2013, compared to 39% for Amazon (AMZN), 37% for LinkedIn (LNKD), and 33% for Google.

Although Twitter (TWTR) managed to grow its display ad revenues at an even faster rate of 90%, its revenue base is much smaller than Google’s or Facebook’s. So Twitter isn’t a meaningful player in this market currently.