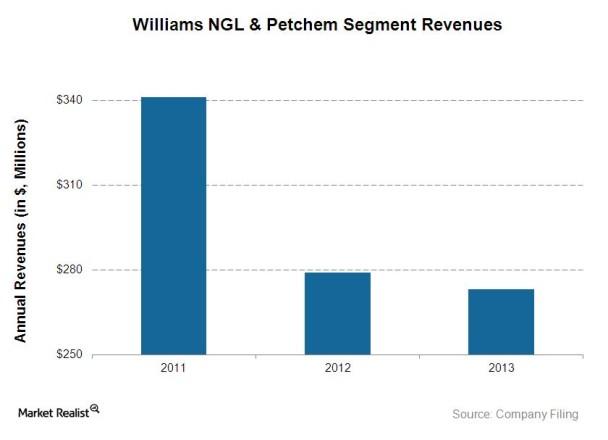 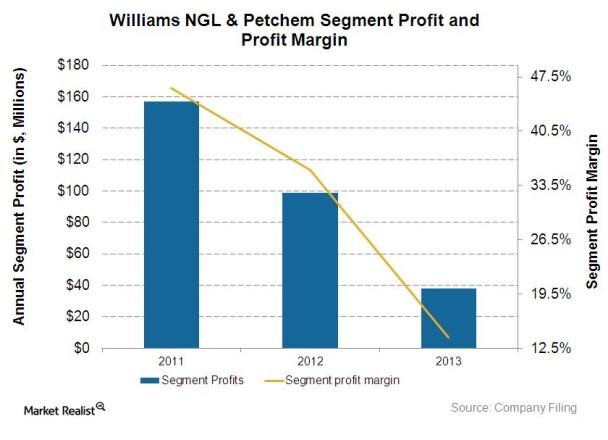 Margins are sharply down

NGL & Petchem Services segment profits and margins fell steeply over the past three years. While profits fell by ~75% in 2013 from 2011, profit margins have come down to 14% from 46% during the same period.

NGL margins were approximately 40% lower in 2013 compared to 2012. This fall was driven by reduced ethane recoveries as a result of lower NGL prices and higher natural gas prices.

In 1H14, the company incurred a loss in the NGL & Petcem Services segment.

Operating and maintenance expenses increased significantly in 2013. This rise related to the 2013 scheduled plant shutdown and $20 million in abandoned project write-offs.

Williams Companies (WMB) is a component of the Energy Select Sector SPDR (XLE). Other companies in the midstream energy processing and transportation space include Enterprise Products Partners (EPD), Spectra Energy Corporation (SE), and Atmos Energy Corporation (ATO). Some of these companies are components of XLE and the Alerian MLP ETF (AMLP).