As we’ve seen, the Permian Basin has been one of the primary drivers of domestic oil growth and has been heralded as one of the pillars to move the U.S. closer to energy independence. The following statistics convey a sense of the recent growth and activity in the region.

The chart below shows the growth in oil produced from the Permian Basin over the past few years. Production in the region had bottomed out in the mid-2000s until beginning to rise around 2007. 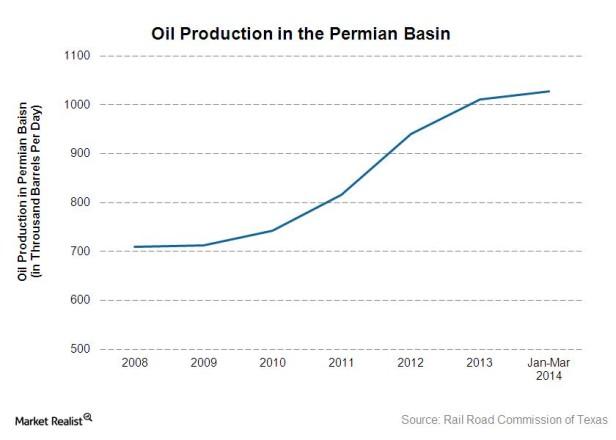 Also, the amount of drilling permits issued in the Permian Basin has increased dramatically, having increased nearly threefold from 2009 to 2013.

Rig counts in the Permian Basin have increased nearly threefold from 2009 to 2013, according to Baker Hughes and the Railroad Commission of Texas. 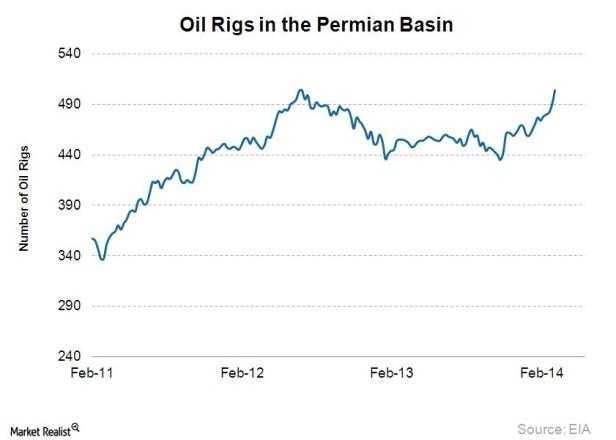 Not only have rig counts increased, but the composition of horizontal versus vertical rigs has also changed recently. As lately as 2011, 96% of rigs in the Spraberry and Wolfcamp drilling regions of the Permian Basin were vertical rigs, as compared to 58% in May 2014. The prevalence of horizontal drilling has grown, as wells are more expensive upfront, but generally, horizontal wells generate greater hydrocarbon production, making the increased initial cost worth it.

Growth isn’t confined to recent years, but Permian-based companies such as Pioneer (PXD) anticipated greater production in the future as well. The following chart displays PXD’s projections for production in the Spraberry and Wolfcamp formations in the Permian Basin. 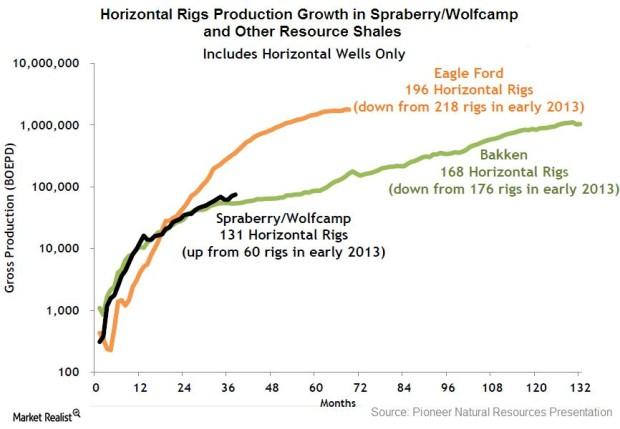 Increased activity in the Permian Basin has had positive effects on the entire value chain of the energy companies operating in the region. The oil and gas companies that would benefit from higher drilling and production in the Permian include oil producers like Concho Resources (CXO), Pioneer Natural Resources (PXD), Laredo Petroleum (LPI), and EOG Resources (EOG). Some of these companies are components of the Energy Select SPDR ETF (XLE) and Vanguard Energy ETF (VDE).