The front month contract for natural gas closed at $4.62 per MMBtu (millions of British thermal units) on March 7, nearly unchanged from the prior week’s close of $4.61 per MMBtu. Over the past few weeks, prices had been highly volatile, as severe winter weather caused surges in natural gas demand. Natural gas is used for home heating and electricity, and the recent cold caused the price of the benchmark natural gas contract (Henry Hub) to spike above $6 per MMBtu at some points—the highest levels since late 2008. As winter weather winds down, prices have fallen back to levels of ~$4.50 per MMBtu, and natural gas prices this past week have been much less volatile. 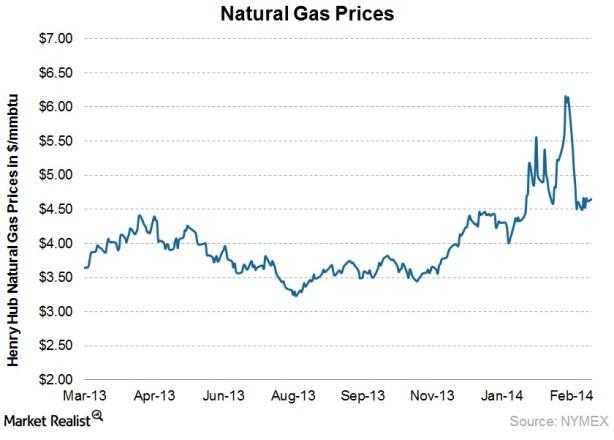 Natural gas prices are low from a long-term perspective 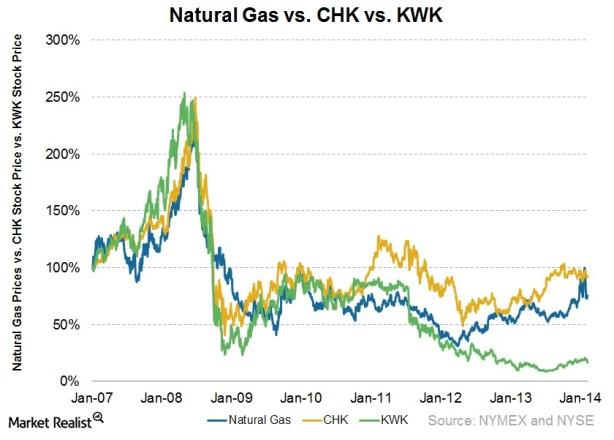 Over the medium- erm, prices have been up over 30% since early November. However, from a wider long-term perspective (five years and longer), natural gas prices still remain relatively low. Given the seasonal nature of the recent rally, this trend may not translate into a long-term secular catalyst.

Fluctuations in natural gas prices most affect natural gas–weighted producers, such as the companies mentioned above (CHK, SWN, CRK, and KWK), and the U.S. Natural Gas Fund ETF (UNG). Investors with such holdings find it prudent to track natural gas prices.