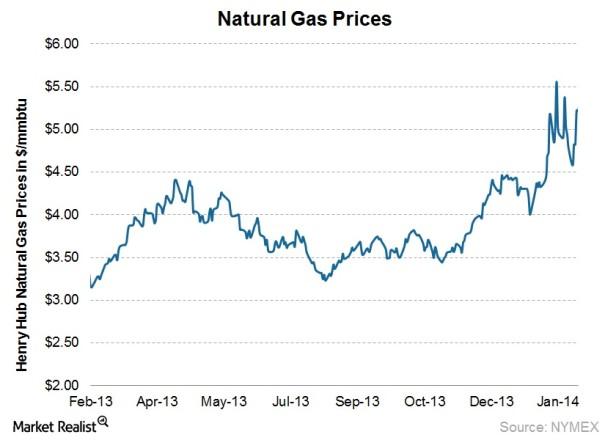 Natural gas prices are low from a long-term perspective

For companies weighted towards natural gas assets and production, prices have an important effect on valuation

Fluctuations in natural gas prices most affect natural gas–weighted producers, such as the companies mentioned above (CHK, SWN, CRK, and KWK), and the U.S. Natural Gas Fund ETF (UNG). Investors with such holdings find it prudent to track natural gas prices.