The Chilean peso gave away losses against the US dollar on February 8, 2016. Inflation rates increased beyond expected levels in the month of January, increasing speculations that the Chilean Central Bank will be under pressure to raise interest rates.

Core inflation was recorded higher at 0.7% in January on a monthly basis against a 0.2% rise in December last year. Higher inflation also put pressure on imports in Chile that are expected to get more expensive due to the price rise and a depreciating currency. 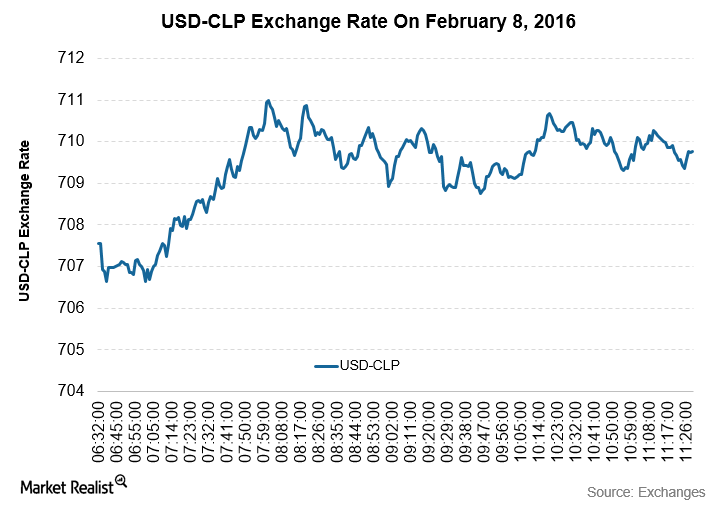 Decline in exports and imports

Looking at ETFs, the iShares MSCI Chile Capped ETF (ECH) fell by 0.55% on February 8, 2016, as the Chilean peso was trading weaker.