The San Francisco-based bank and mortgage lending giant Wells Fargo & Company (WFC) reported its 4Q15 earnings on January 15. As we discussed previously in this series, the company’s earnings beat Wall Street (SPY) analyst expectations due to higher loan growth and consistent financial performance. But now we should discuss an equally important component in the banking industry: capital position. 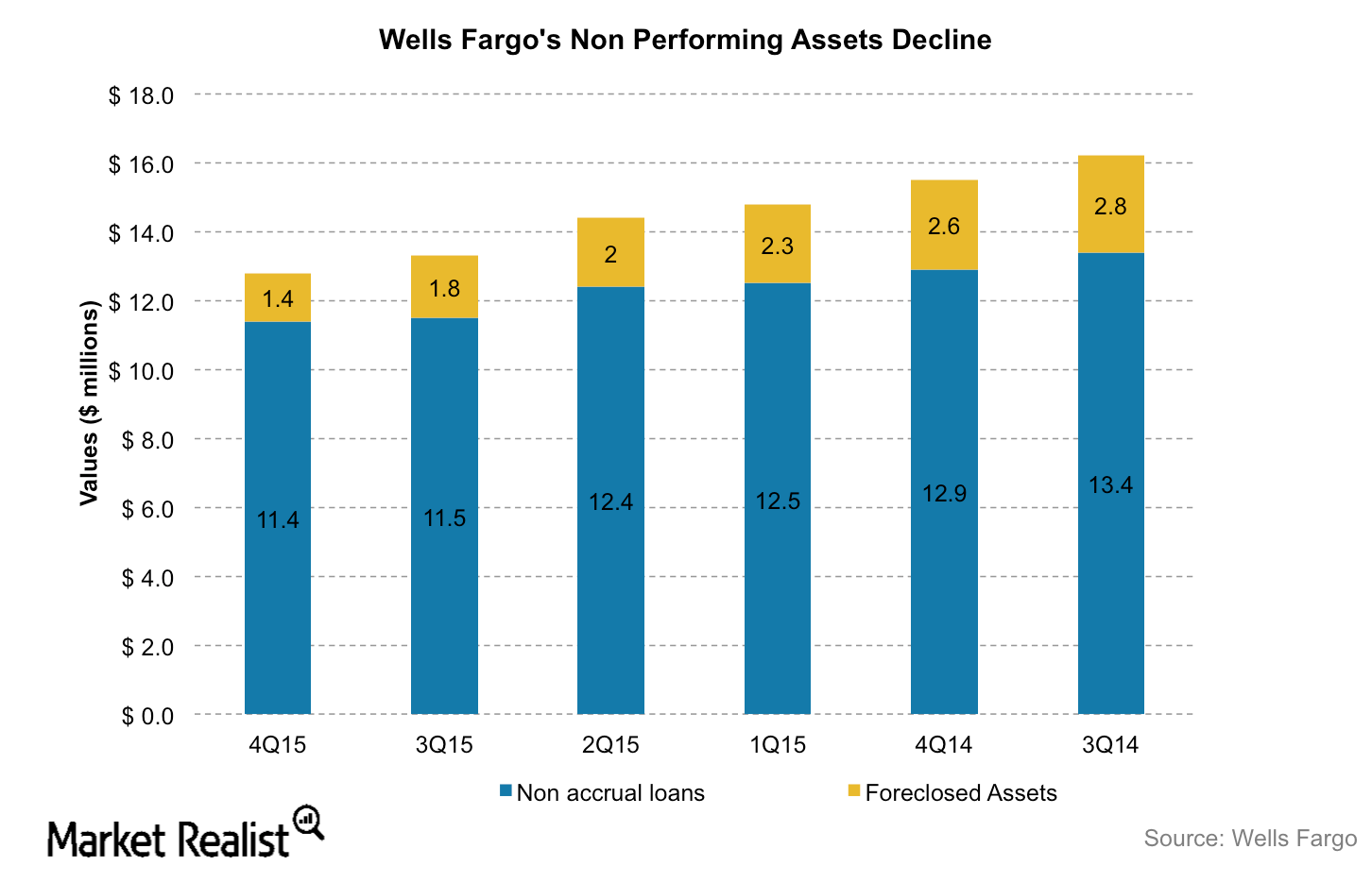 Understanding capital position in general and Wells Fargo&#x2019;s in particular

Tier I Capital is a measure of a bank’s financial strength from a regulator’s point of view. It is the ratio of a bank’s equity capital to its risk-weighted assets. Wells Fargo’s capital position at the end of 4Q15, as measured by the Tier I Capital Ratio under Basel III norms, has remained constant at 10.7%, which is higher than the 10.6% the company reported during the previous quarter.

The company’s non-performing assets, however, reduced by $497 million from 3Q15 to $12.8 billion. This decline was driven by non-accrual loans, which declined by $155 million to $11.4 billion on improvements in several loan categories, including consumer and commercial real estate. Notably, oil and gas non-accruals grew by $277 million during the quarter. 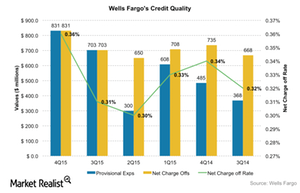 Wells Fargo’s credit quality was strong during 4Q15, as the annualized charge-off rate remained low at 0.36%, complemented by a decline in non-performing assets. Charge-off rates are defined as the flow of a bank’s net charge-offs (gross charge-offs minus recoveries) during a quarter divided by the average level of its loans. The company’s charge-off rate included commercial losses of 0.16% and consumer losses of 0.56%.

Investors seeking exposure to US banks might consider investing in the Financial Select Sector SPDR ETF (XLF) or the Vanguard Financials ETF (VFH). Large banks like Wells Fargo (WFC), JP Morgan Chase & Company (JPM), Bank of America Corporation (BAC), and Citigroup (C) are well represented in the portfolios of both of these ETFs.

Continue to the next part of this series for a discussion of Wells Fargo’s Community Banking segment in 4Q15.