On September 16, 2015, the UK Office for National Statistics published the employment figures for July. In the three-month period between May–July 2015, the total and regular pay increased by 2.9% compared to the same period last year. This 2.9% increase in nominal terms in regular pay was the highest since the three-month period ending January 2009.

This rise was led by the private sector, with an annual wage rise of 3.4% while public sector wages grew by 1.2%. The UK employment rate was also seen rising to record levels of 73.5% in the three-month period. 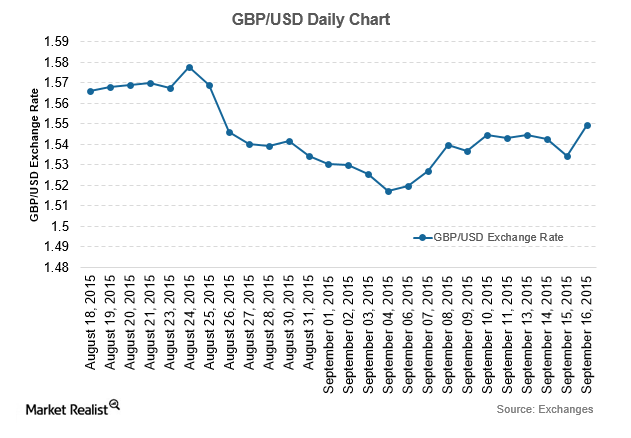 The British pound–US Dollar pair (or GBP–USD) traded with a positive bias on the back of strong labor numbers. The strength of the GBP–USD pair was also partly reduced due to the diminished expectation of a rate hike by the US Federal Reserve on September 17.

The iShares MSCI United Kingdom ETF (EWU) reacted positively to the data release and ended the day 2.31% higher on September 16, 2015. The First Trust United Kingdom AlphaDEX ETF (FKU) was also on a positive bias, rising by 1.35%.