Berkshire Hathaway buys majority as well as minority stakes in companies across sectors in and outside of the US. Its flexible mandate allows it to deploy its capital when stocks are highly undervalued. The company has made many such investments in the last fifty years. And, it has fetched returns worth many times its original investments.

Here’s a summary of successful investments along with current versus original trading multiples, as of December 31, 2014: 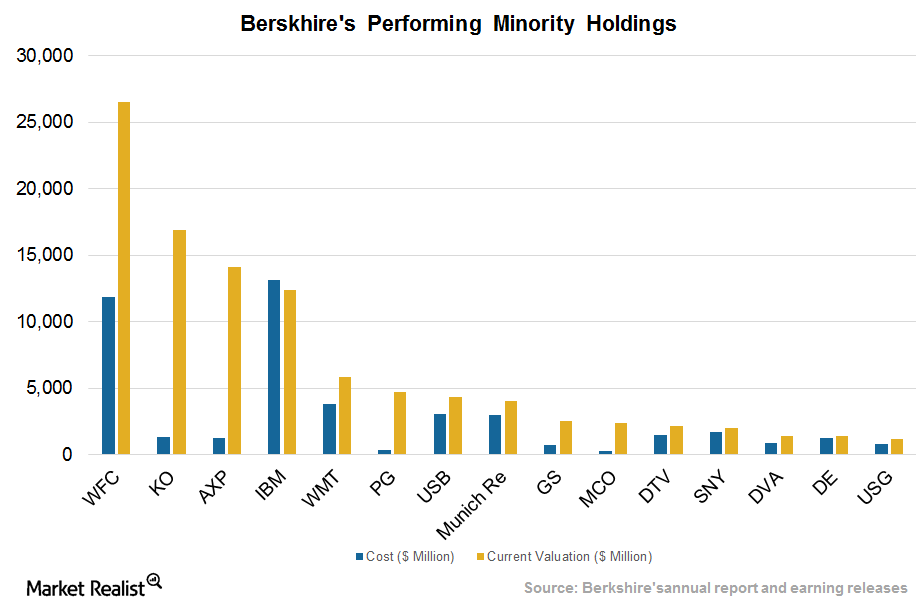 Berkshire Hathaway (BRK-B) has the option to buy 700 million shares of Bank of America on or before September 2021 for $5 billion. The stocks are currently valued at approximately $11 billion. The company wants to exercise its option just prior to the offer’s expiry in order to avoid blocking the funds between now and 2021.

In 2014, Berkshire sold its stake in Tesco at an after-tax loss of $444 million, or 20 basis points of its total net worth. Historically, Berkshire only once reported a 2% net loss and only twice, a 1% net loss. These losses were incurred between 1974 and 1975, when management believed there were other stocks available at cheaper valuations.