Bolstered by its higher FFO per share, the company increased its dividend by 9.5%, to $0.81 per common share in fiscal 2014, compared to $0.74 per share in 2013. This represents the highest dividend paid by the company over the past seven years.

With the increase in dividend during the first three fiscal quarters of 2015 to $0.63, Douglas Emmett is on course to pay around $0.85 per share this fiscal year. 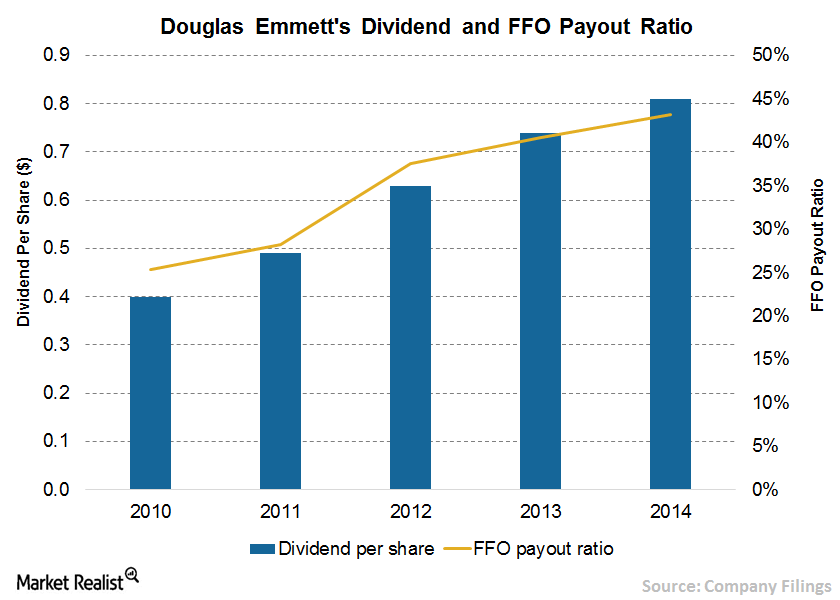 We should remember that REITs (real estate investment trusts) like Douglas Emmett must pay at least 90% of taxable income to investors as dividends. For REITs, dividends come primarily from the relatively stable and predictable streams of rent paid by the tenants occupying its properties. Rental rates usually rise during periods of inflation as many lease rates are tied to inflation. As a result, REIT dividends are protected, to a large extent, from the long-term effects of rising prices.

Continue to the next part for a discussion of Douglas Emmett’s debt position.