The chart below shows that six analysts rated the stock as a buy, with three analysts assigning a neutral, or hold, rating to the stock. Only Jefferies assigned an underperform, or sell, rating on Marriott’s shares. Marriott has a consensus rating of buy and a consensus mean price target of ~$86, which is 6% higher than the share price close as of March 6, 2015. 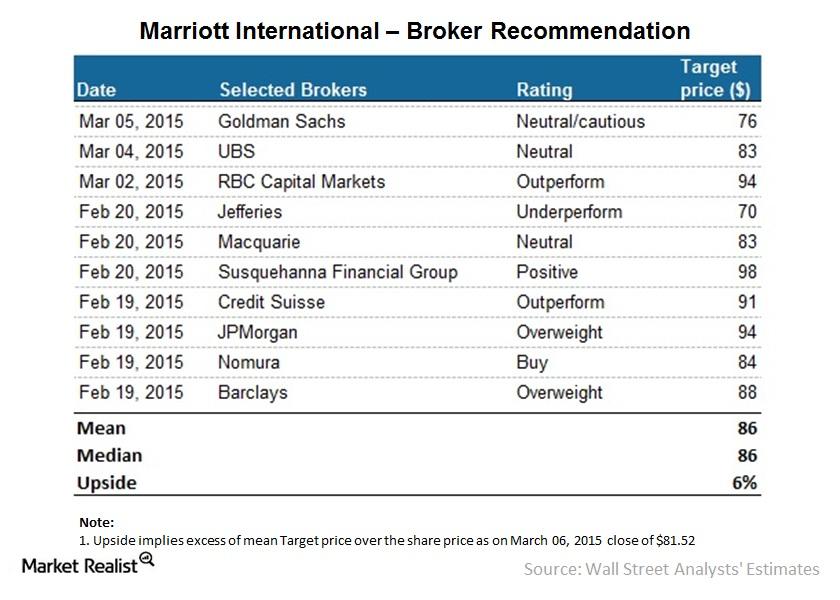 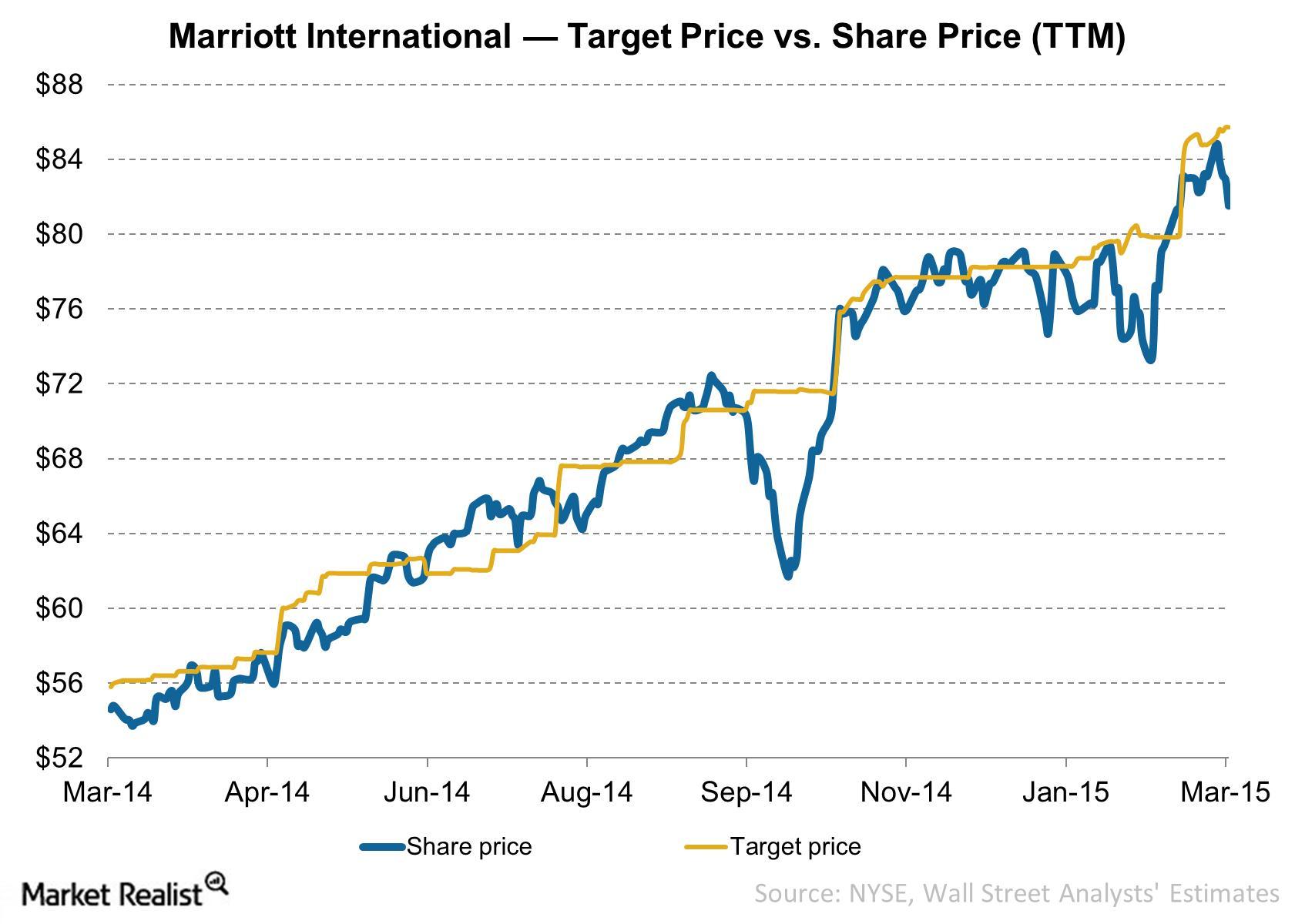 In the next article, we’ll take a look at Marriott management’s 2015 guidance for the company.