American Airlines (AAL) and Alaska Air Group (ALK) have been partners since 1999 and have only strengthened their ties recently. As discussed in the previous article, Delta Air Lines (DAL) has been a strong competitor in Alaska Air’s main hub, Seattle. Delta’s main advantage is its extensive global network. 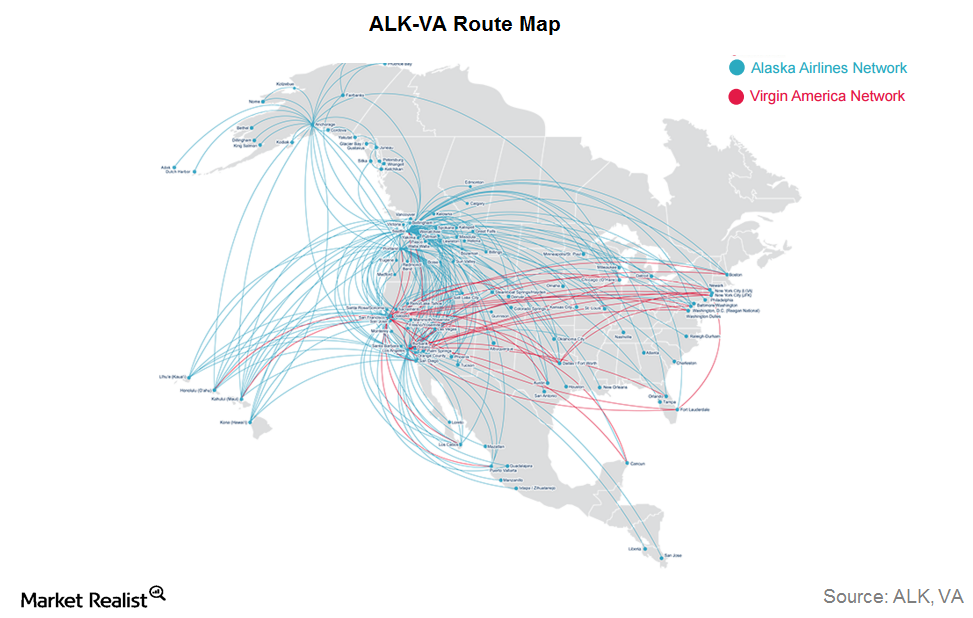 Although Alaska Air’s market share in Seattle is double that of Delta’s, it does not have any routes outside of North America and Central America. To give its passengers the benefits of a global network similar to that of Delta’s, a partnership with the United States’ largest carrier, American Airlines (AAL), seems logical.

In turn, American Airlines can also benefit. AAL has nine hubs, seven of which—including the four largest ones—are in the Eastern and Central time zones. Alaska Air has a strong West Coast presence, which helps American Airlines fill that gap.

Another advantage is AAL’s largest hub at Dallas/Fort Worth International Airport (or DFW). Virgin America (VA) recently built a hub at Dallas Love Field. However, VA could not fill its seats there and was forced to offer heavily discounted ticket prices.

In order to keep from losing market share to Virgin America, American Airlines also had to heavily discount its airfares, which impacted its yields. Alaska Air already flies out of DFW. Once Alaska Air Group gains control of this hub, it may decide to sell it off, rather than compete with its biggest partner or increase the operational complexities involved in flying from two major hubs.

For American Airlines, this looks like a win-win situation that involves zero investment and little to no risk.

Investors can gain exposure to the airline industry by investing in the SPDR S&P Transportation ETF (XTN).