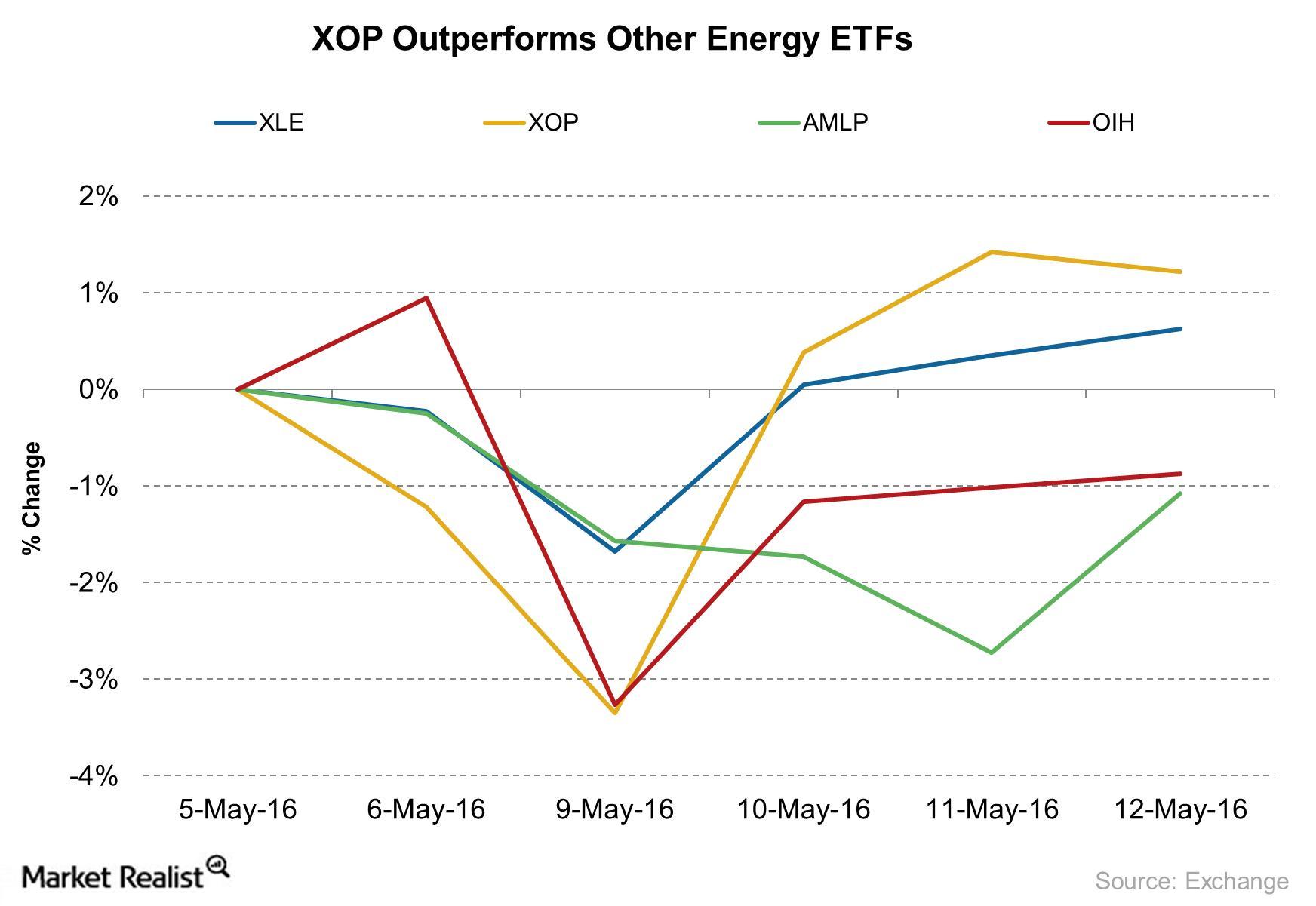 The SPDR S&P Oil & Gas Exploration & Production ETF (XOP) outperformed other energy sector ETFs between May 5 and May 12, 2016. The other energy ETFs included the Energy Select Sector SPDR ETF (XLE), the Alerian MLP ETF (AMLP), and the VanEck Vectors Oil Services ETF (OIH). Below are their performances:

XOP, XLE, and OIH began to recover their losses starting on May 9, 2016. AMLP was in a downturn between May 5 and May 11 despite the recovery in crude oil. However, after the fall in crude oil inventories on May 11, 2016, AMLP started to rally. This explains the late sentimental drive for midstream companies with crude oil’s rally.

Historically, XOP has a higher correlation with crude oil compared to other ETFs. Again, XOP tracks crude oil more closely than XLE does because it has more upstream companies in its portfolio.

Upstream energy companies such as Bill Barrett (BBG), Continental Resources (CLR), Triangle Petroleum (TPLM), and Denbury Resources (DNR) have weights of 1.2%, 1.4%, 1.3%, and 1.4%, respectively, in XOP. For this reason, XOP has risen more than XLE.