In this series, we will look at some significant events and developments AT&T (T) experienced in 2015 and beyond. Let’s start with AT&T’s acquisition of DIRECTV (DTV) on July 24, 2015.

At the completion of this transaction, the equity value of DIRECTV was ~$47.1 billion and its net debt was ~$15.9 billion. For each share, DIRECTV shareholders received 1.892 shares of AT&T and ~$28.50 in cash consideration. 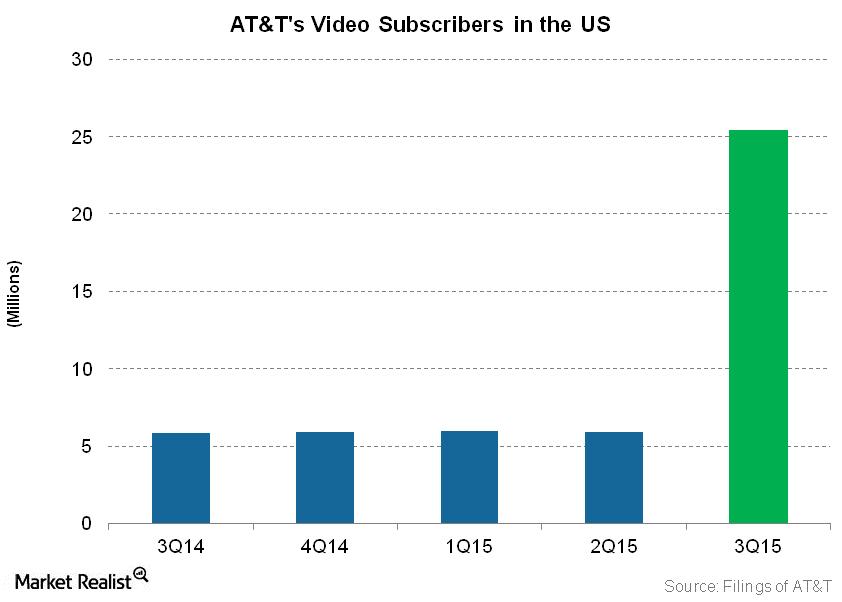 AT&T’s pay-TV base after the DIRECTV acquisition

Instead of investing directly in AT&T’s stock, you may take a diversified exposure to the telecom company by investing in the iShares MSCI USA Minimum Volatility ETF (USMV). USMV held ~1.5% in the telecom company at the end of November 2015. Telecom stocks made up ~3.8% of this ETF on the same date.