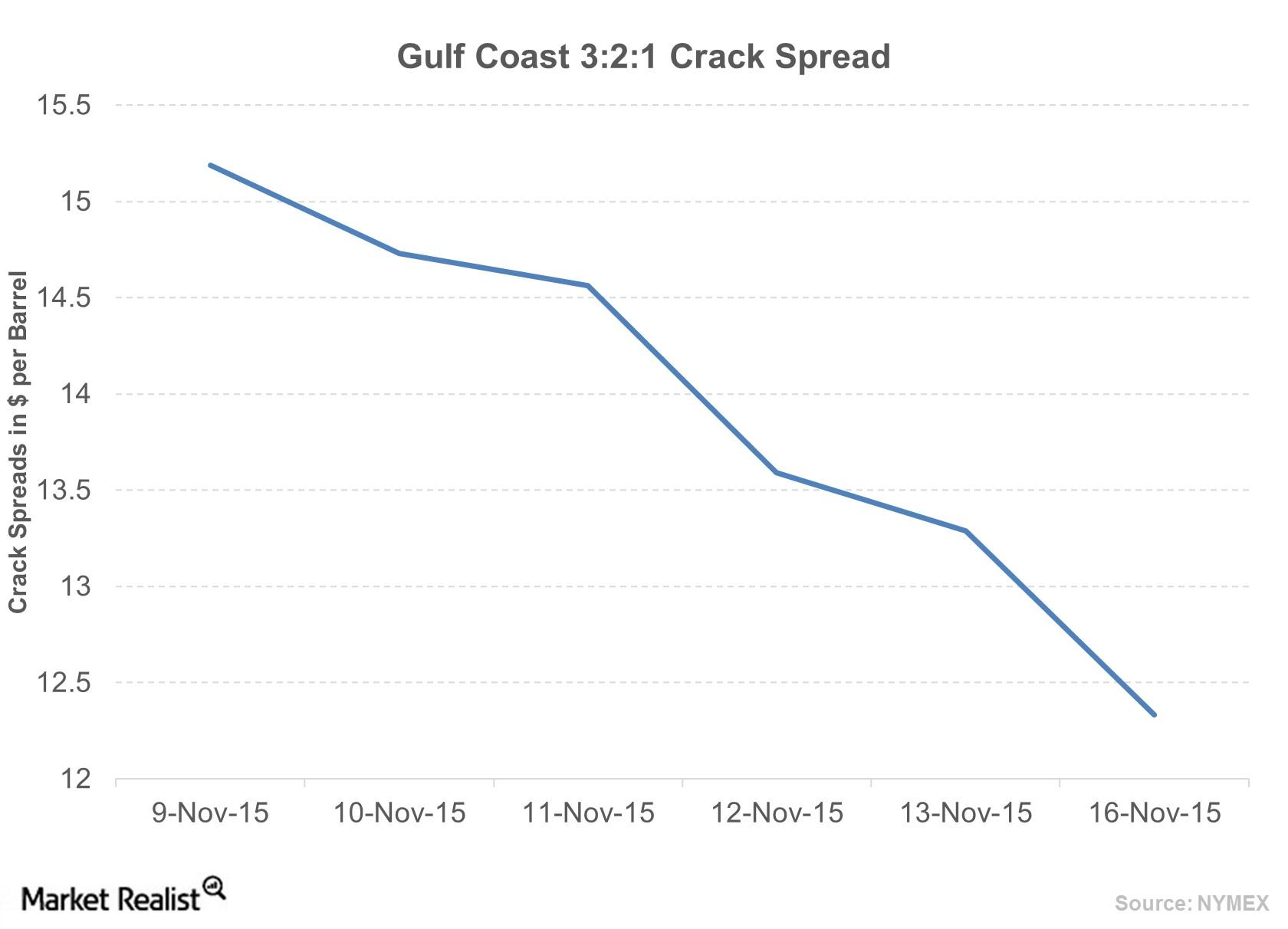 Because of the refinery maintenance season, more than 8 MMbpd (million barrels per day) of capacity went offline in October. The refinery margins fell across the globe due to larger-than-expected inventory builds and normal temperatures. The gasoline demand in the Atlantic Basin is healthy. However, it’s constrained by oversupply. So, refined products’ prices fell slightly. This led to a fall in the crack spreads or refiners’ margins.

Some of the companies mentioned above are part of the Energy Select SPDR ETF (XLE) and the Vanguard Energy ETF (VDE).