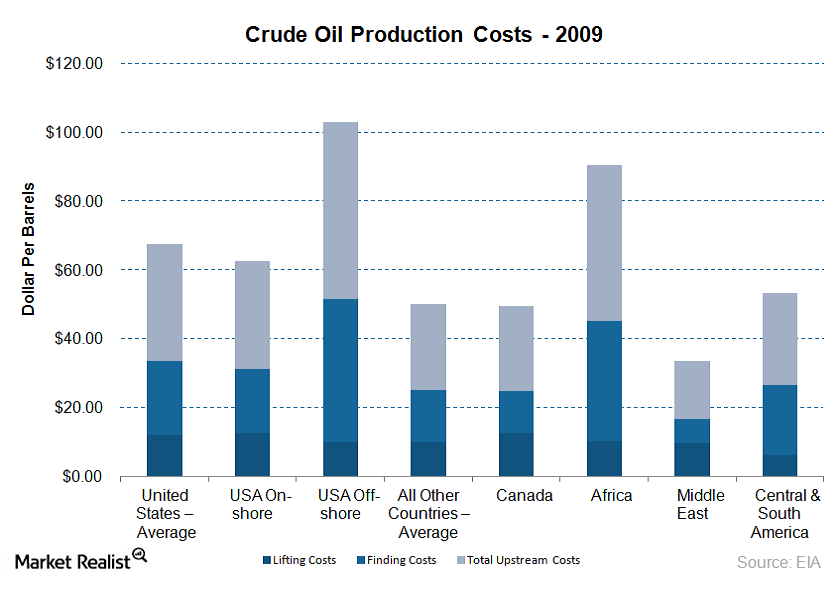 This shows oil companies can sustain production at crude oil prices as low as $20 to $25 per barrel excluding taxes and transportation costs from existing oil wells. Lower crude oil prices may also lead to renegotiation of transportation costs. It also makes it possible for crude oil to fall below the lowest price range US shale oil companies need to break even and maintain production into the future.

Of course, oil wells with high lifting costs may shut down. But oil prices will likely rise only when US oil production falls. Low oil prices push oil companies to reduce spending and investments in new projects. Some US oil exploration and production companies such as ConocoPhillips (COP) announced a spending cut of $3 billion for 2015.

So what are some indicators investors should know that affect oil prices and the outlook for oil production?