Behind the sales growth of Soliris in 1Q16

During the first quarter of 2016, Alexion Pharmaceuticals (ALXN) earned $664.7 million from the sale of its flagship drug, Soliris.

Alexion experienced a rise in the number of patients treated with the drug in the US, Europe, and Japan. Higher demand for the drug led to a 24% jump in unit volume. Overall, the drug experienced an ~11% jump in sales on a YoY (year-over-year) basis. With the increase in estimated rebates, the company’s share price during the period declined by 2%. Foreign exchange headwinds had a -5% impact on net sales, given the strong US dollar compared to the weak euro, Japanese yen, and Russian ruble. 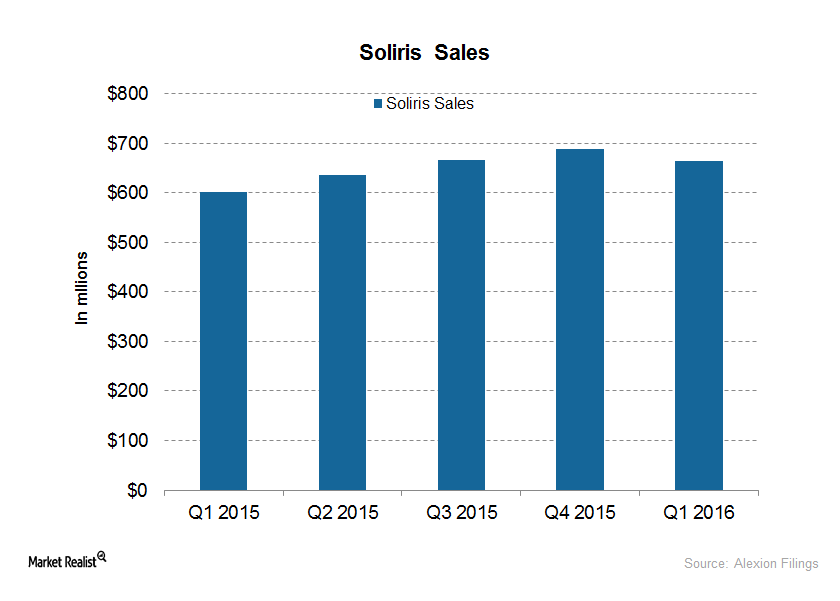 Alexion’s label expansion strategy is in line with that of Vertex Pharmaceuticals (VRTX), Shire (SHPG), and Medivation (MDVN). Vertex is expanding the label for its two key drugs, Kalydeco and Orkambi, whereas Medivation is trying to boost sales for Xtandi by pursuing upstream indications. Shire has also followed a label expansion strategy for Vyvanse, a key ADHD (Attention Deficit Hyperactivity Disorder) drug.

The stock price of any pharmaceutical or biotechnology company depends on the success or failure of its late-stage development products in the company’s portfolio. To diversify the risk of investing directly in the equity of Alexion Pharmaceutical, investors might consider ETF options like the SPDR S&P Biotech ETF (XBI). XBI has 1.8% of its total holdings in Alexion.

For more details on the drug’s patent exclusivity and benefits, please refer to “Soliris: Alexion Pharmaceuticals’ Blockbuster Orphan Drug.” The indications for Soliris can be found in detail in “Soliris Is Treating Major Rare Diseases around the World.”