OPEC (Organization of the Petroleum Exporting Countries) has estimated that the road transportation sector will account for one-third of the global crude oil demand growth between 2014 and 2040. The petrochemicals and aeronautics divisions together account for another one-third. The remaining growth comes predominantly from the marine bunkers, agricultural, residential, commercial, and other industry segments. 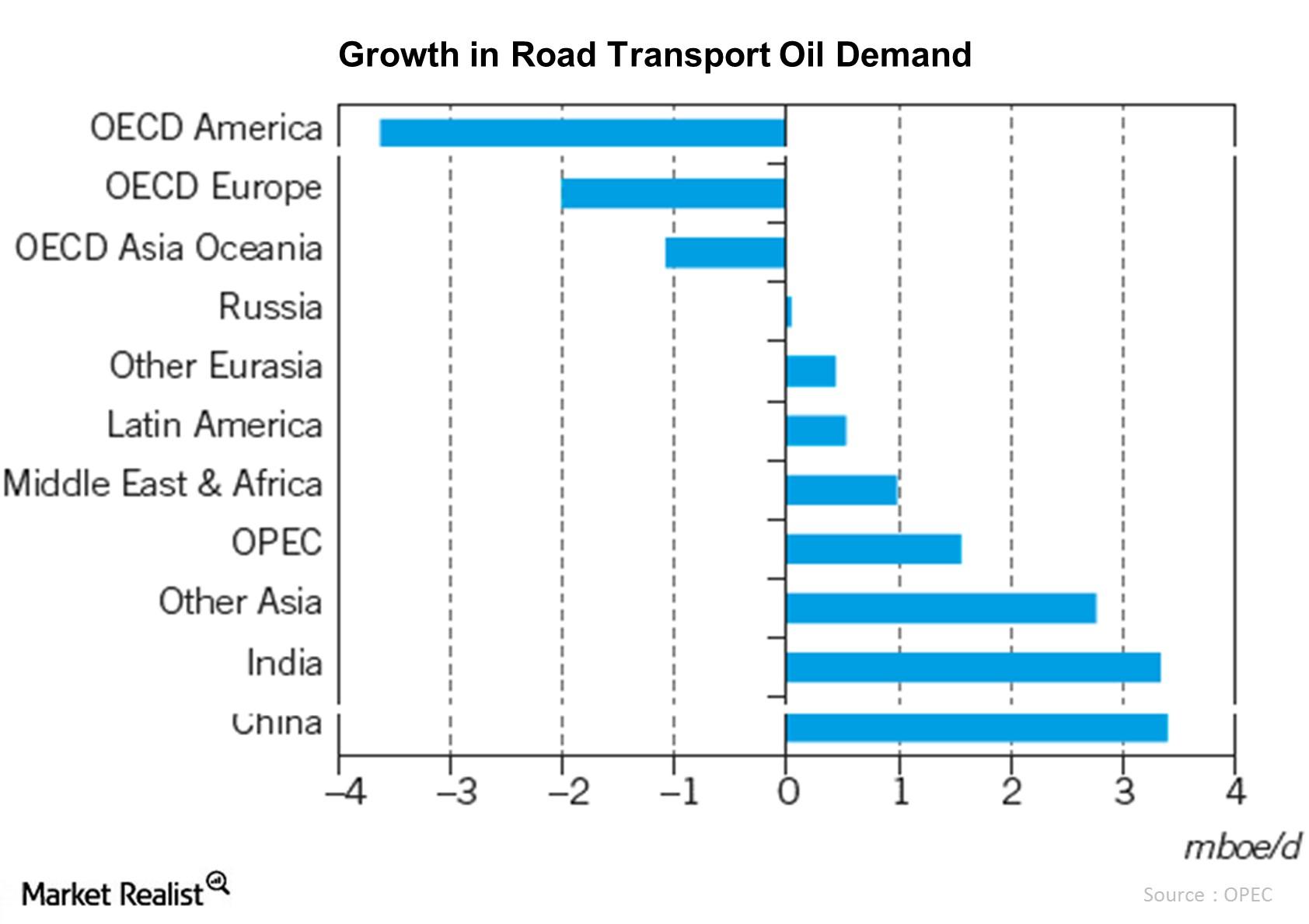 From 2014–2040, OPEC expects crude oil demand growth in the road transportation sector to increase by 12.6 MMbpd (million barrels per day). In contrast, the OECD regions’ demand will fall by 6.7 MMbpd due to energy efficiency. A downtrend in crude oil usage per vehicle is expected in both developing countries and OECD regions.