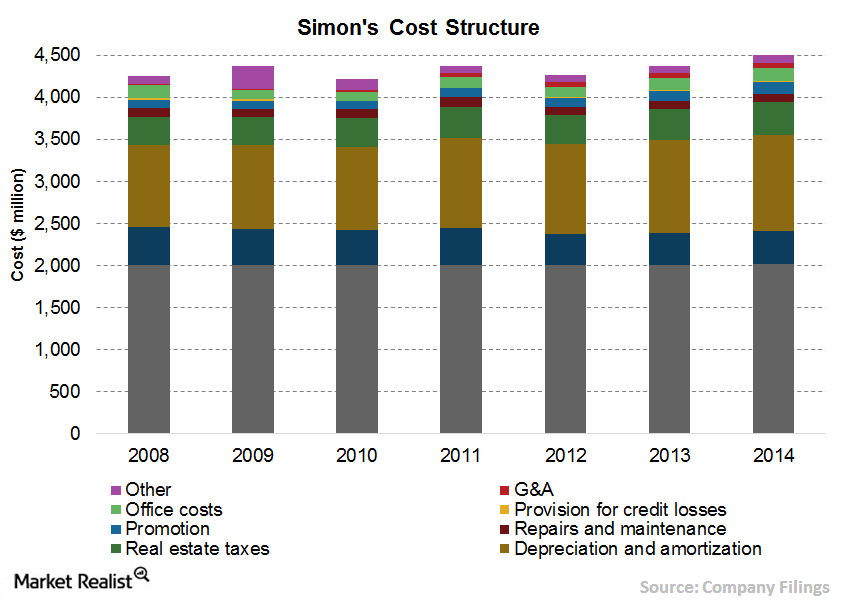 Simon Property’s property operating expense, which has been on a steady decline since 2008, increased by 7.4% to $399 million in 2014, compared to 2013. The rise in property expenses was mainly related to increases in property transactions and utility expenses. Depreciation and amortization expenses, which increased by 3.3% to $1.14 billion in 2014, was primarily due to the additional depreciable assets related to the property transactions and to continued redevelopment and expansion activities.

The rise in home and regional office costs—by 12.6% to $159 million in 2014—was primarily related to higher personnel costs, including incentive compensations and one-time expenses related to the spin-off of Washington Prime.

Simon Property recorded an EBITDA margin of 75.4% in 2014, compared to 77.5% in the previous year. The EBITDA margin recorded by the company in 2013 was highest in two decades.

In the next part of this series, we’ll discuss the capital expenditure incurred by Simon.