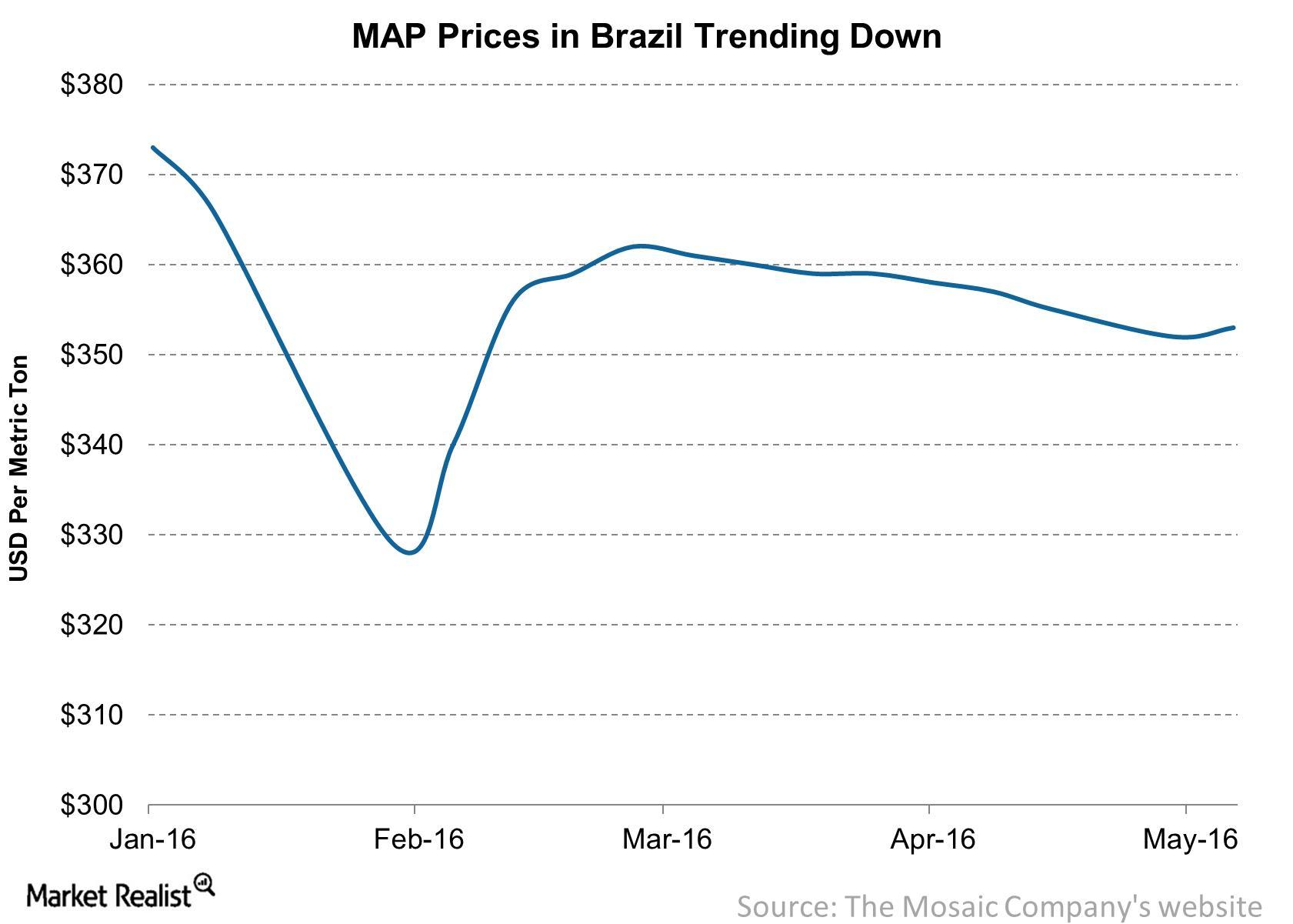 Despite MAP’s price falling over the past one-year period, it seems to be recovering and staying above the low of $329 per metric ton seen in the second half of February 2016.

Mosaic (MOS), PotashCorp (POT), Israel Chemicals (ICL), and Agrium (AGU) produce phosphate fertilizers and are affected by falling fertilizer prices. You could consider investing in the SPDR S&P North American Natural Resources ETF (NANR), which invests about 1.6% of its portfolio in MOS. In the next part of this series, we’ll look at phosphate inventory levels.