Previously in this series, we learned that most of Starbucks’s revenue growth comes from the Americas segment and the CAP[1. China/Asia-Pacific] segment. Same-store sales growth is one of the key revenue drivers for restaurant companies like Starbucks (SBUX), McDonald’s (MCD), Darden Restaurants (DRI), and Texas Roadhouse (TXRH). Currently, Starbucks forms about 2.3% of the iShares Global Consumer Discretionary (RXI). 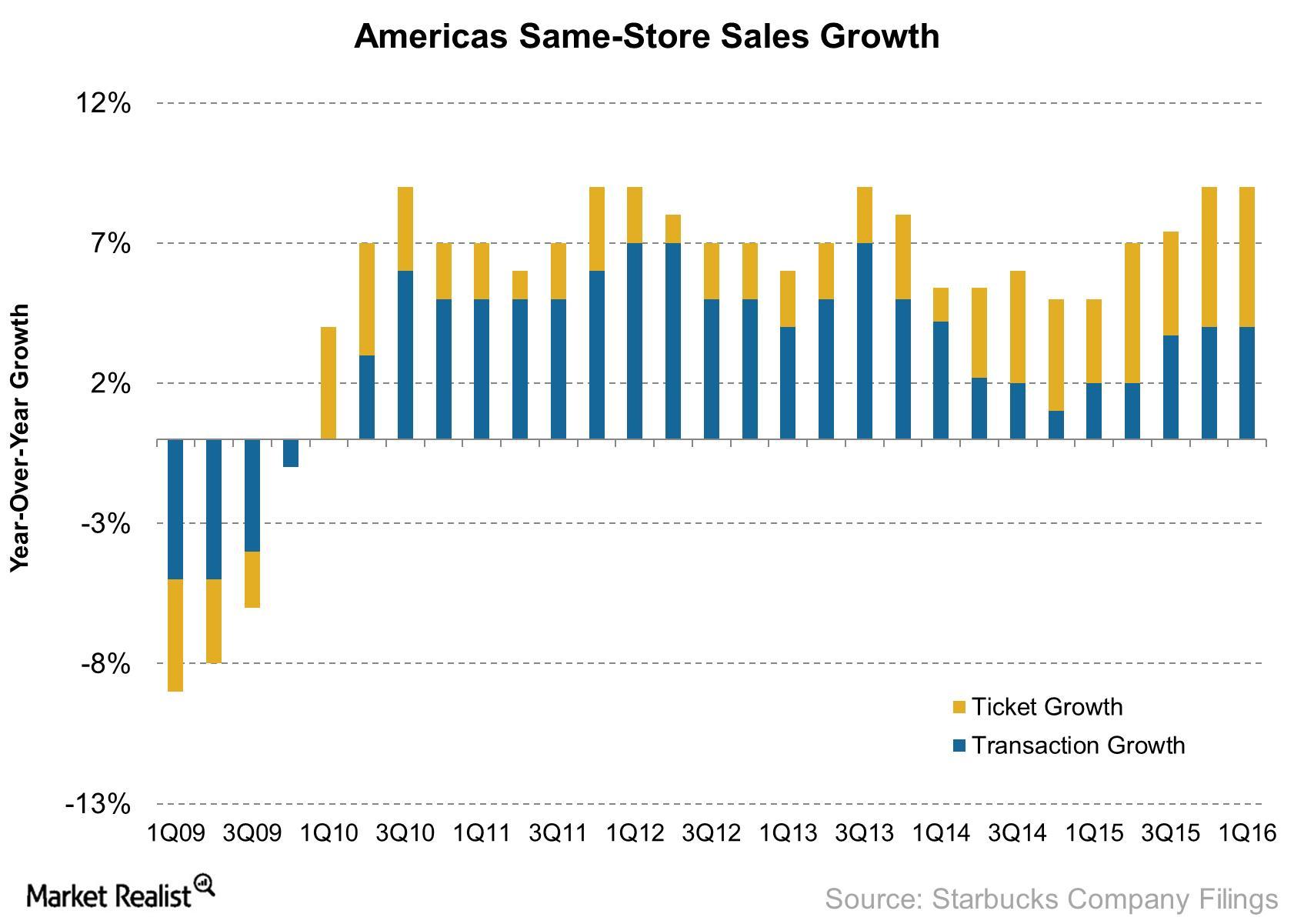 Globally, Starbucks’s same-store sales grew 8% in 1Q16 compared to 5% in 1Q15. This growth was driven by 4% growth in both transactions and tickets. A year ago, transaction growth was 2% and ticket growth was 3%. To put transaction growth in perspective, consider that Starbucks served 23 million more customers in 1Q16 globally than it did in 1Q15. Note that the above global same-store sales growth now includes Japan stores, which SBUX acquired a year ago, in the comp base.

According to the company, it served 18 million more customers in the Americas in 1Q16 than in 1Q15. Starbucks stated that breakfast sales grew the most during the quarter.

The company stated that its My Starbucks Rewards program and other digital initiatives helped drive traffic to its stores.

Most of the growth in the Americas segment comes from the United States. US transactions grew 4% compared to 1.8% in 1Q15, and tickets grew 5% compared to 3.6% over the same period.