Antero files for an IPO

On October 27, Antero Resources Corporation (AR) announced the initial public offering of Antero Midstream Partners LP (AM). Antero resources is a gas-weighted company whose assets are focused in the Marcellus and Utica shale plays.

The midstream company will own the gathering and compression assets and use them to service Antero Resources. AR is a component of the SPDR S&P Oil & Gas Exploration & Production ETF (XOP), as well as the iShares US Energy ETF (IYE). 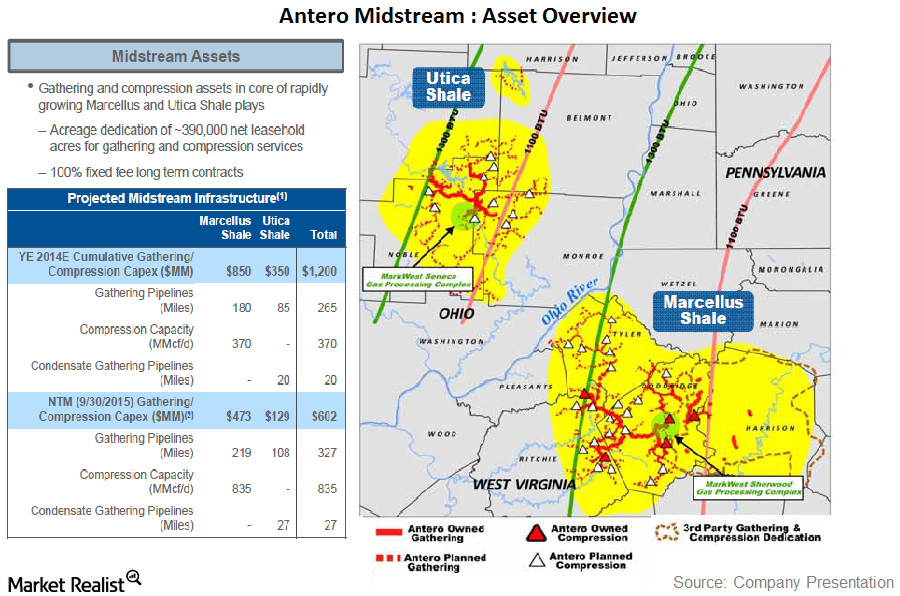 More about the IPO

Antero expected that the partnership would raise $1 billion, and it exceeded this goal, as underwriters exercised their greenshoe option.

A greenshoe option is when the issuer in an underwriting agreement, Antero in this case, agrees to give the underwriter the right to sell investors more shares than originally planned. This typically happens when the demand for the security issue proves to be higher than anticipated.

In the case of Antero, the partnership sold an additional 6,000,000 common units, bringing the total amount raised to $1.15 billion. Therefore, Antero officially became the biggest ever MLP IPO after it emerged that the underwriters had exercised their greenshoe option to buy more stock from the company.

The IPO broke Shell Midstream’s (SHLX) record of $1.06 billion, which was in the news a week prior to the Antero IPO. The partnership began trading on the New York Stock Exchange on November 5 under the symbol “AM”.

The following part of the series talks more about the new structure of the company and Antero’s future plans.