The triple top pattern is formed in the uptrend. In this pattern, three consecutive peaks are formed. The peaks have roughly the same price level. A breakdown below will result in the trend reversal.

This pattern formation is similar to the double top formation. However, three peaks are formed in the triple top pattern. The price keeps fluctuating between the support and resistance of these three peaks. The traders assume that stock is expensive. As a result, they sell stocks at the resistance levels. 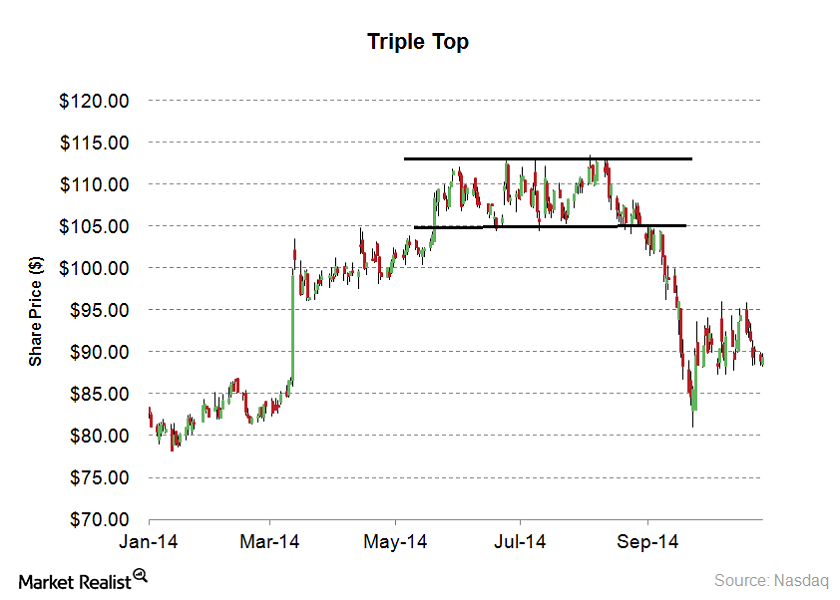 The above chart shows the triple top pattern for a NASDAQ stock.

When the selling pressure is more than the buying pressure, breakdown happens in triple top pattern. As a result, trend reversal occurs.

This pattern is used, along with volume, to identify trends. It’s also used for entry and exit signals.

The triple bottom formation is formed in the downtrend. In this pattern, three consecutive bottoms are formed. The bottoms have roughly the same price level. A breakout will result in the trend reversal.

The triple bottom formation is formed because investors and hedge funds think that there’s a possible trend reversal. They think the stock is oversold. The buying activity starts and the price fluctuates between support and resistance. It forms a triple bottom. 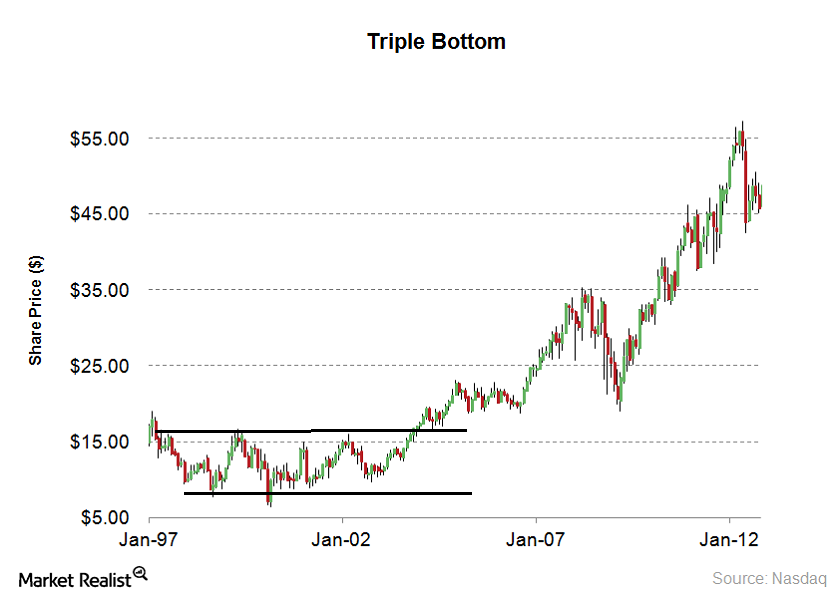 The above chart shows the triple bottom pattern for a NASDAQ stock.

This pattern is used, along with volume, to identify trends. It’s also used for entry and exit signals.