Tax reforms for repatriation of US companies&#x2019; cash reserves

Previously, we discussed the rationale behind Trump’s proposed tax reforms, which aim to lure US companies back to the country. According to Goldman Sachs (GS), if the Republicans manage to pass the tax legislation, US companies (SPY) (SPX) are expected to repatriate $250 billion in foreign profits. Technology companies would lead the way with their billion-dollar cash reserves. 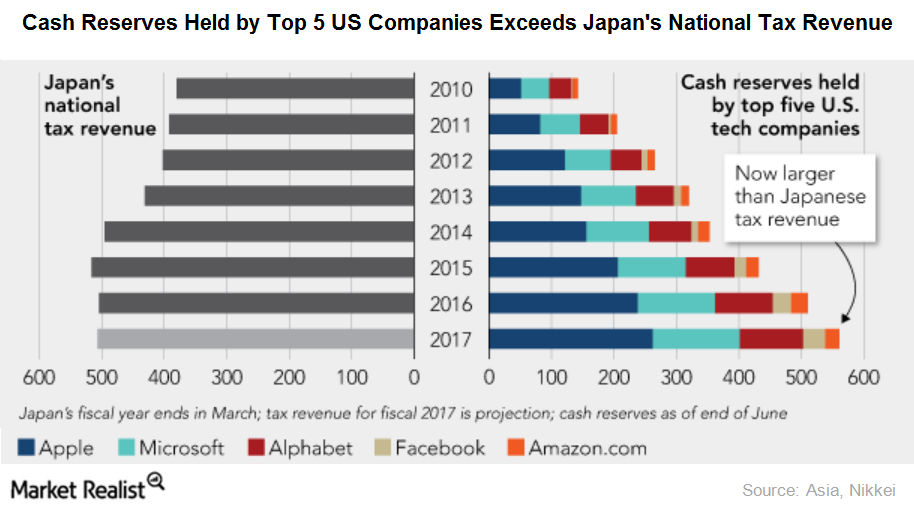 As of June 2017, Apple’s cash reserves stood at $261.5 billion, while Microsoft and Alphabet had cash reserves of $139 billion and $101.3 billion, respectively. By keeping their cash and equivalents overseas, technology companies can avoid high corporate taxes in the United States. Through tax reforms, the Trump administration aims to bring funds back into the country.