Between May 31 and June 7, crude oil (USO) rose about 2.5% while the US dollar index (UUP) fell around 2.2%. The US dollar index fell as the weak US non-farm payrolls data released on June 3, 2016, could delay the timing of the next interest rate hike. This weakened the dollar, which is usually bullish for commodities like crude oil. Apart from mainstream news, crude oil movement in the current scenario was also fueled by the fall in the dollar index. 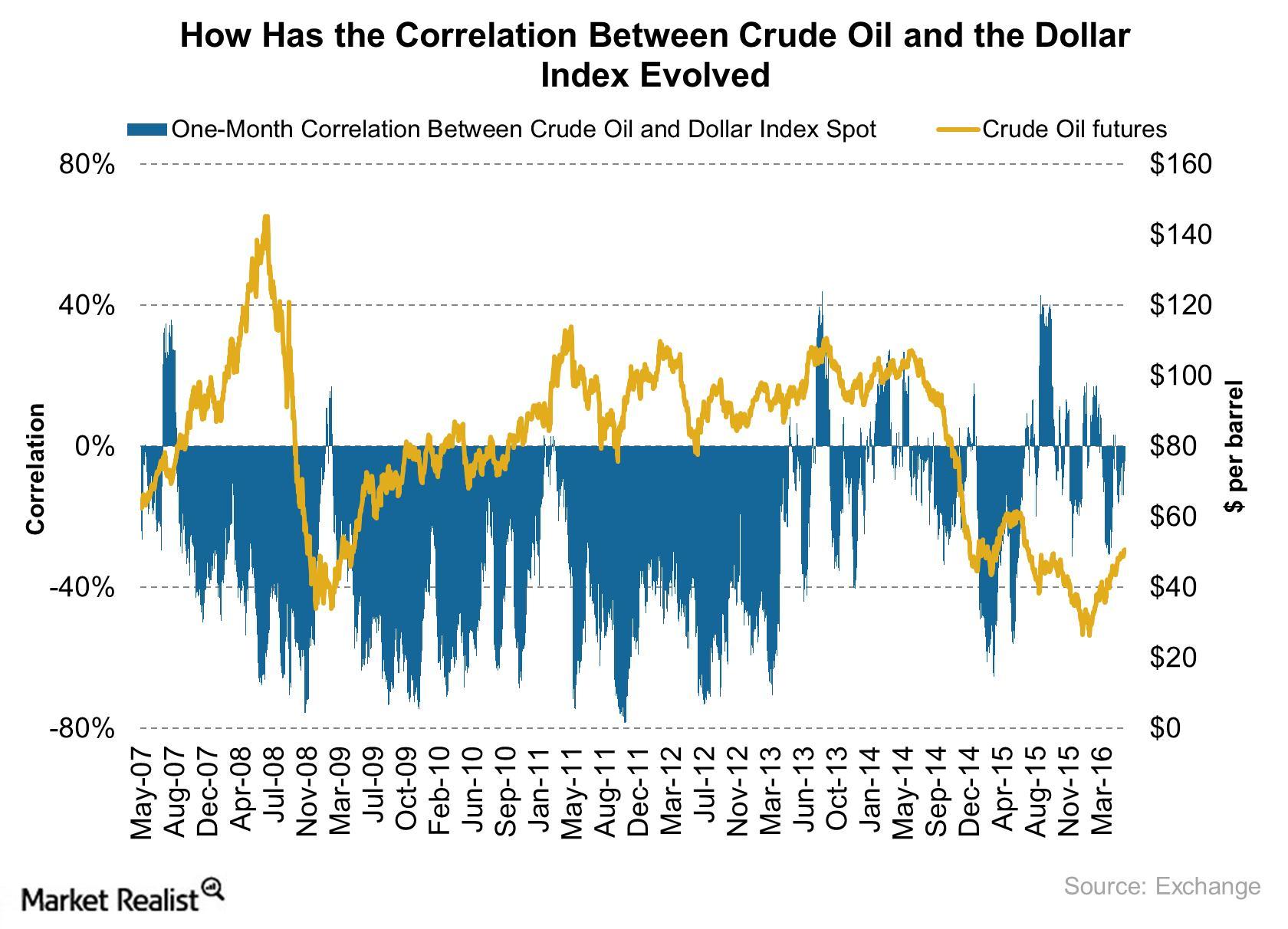 Correlation of crude oil and the US dollar index since 2007

Between September 2007 and April 2013, the crude oil (USO) and US Dollar Index (UUP) one-month correlation was positive in only a few instances. The correlation coefficient was largely negative for these five and a half years and fell to 78.4% during October 2011. After the subprime crisis, crude oil futures extended their gains and made highs of $113.93 and $109.77 in April 2011 and February 2012, respectively.

What’s the correlation between crude oil and the US dollar index?

Crude oil’s negative correlation with the US dollar index between September 2007 and April 2013 clearly implies that crude oil had an inverse relationship with the US dollar index. However, since April 2013 to date, the one-month correlation has been more bidirectional. In the last three years, the one-month correlation fluctuated between -64% and 43%. This fluctuation could indicate that fundamental drivers like Saudi Arabia’s decision not to cut production, US shale oil producers’ cost and production dynamics, US inventory data, and other fundamental news had a greater impact on crude oil compared to the dollar.

The above analysis is important for oil-weighted stocks such as Abraxas Petroleum (AXAS), Triangle Petroleum (TPLM), and Denbury Resources (DNR). The Direxion Daily Energy Bear 3X ETF (ERY), the First Trust Energy AlphaDEX ETF (FXN), the United States Brent Oil Fund (BNO), and the United States Oil Fund (USO) are also impacted by the correlation of crude oil with the US dollar index.