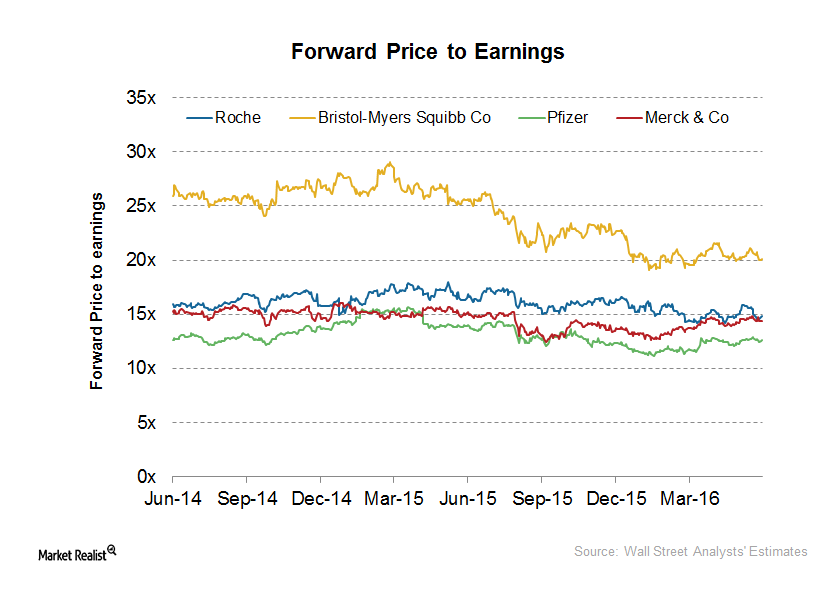 Lower sales growth and potential biosimilar threats to its multi-billion dollar drugs might be one of the reasons for Roche’s discounted valuation. To understand the biosimilars threat, read How Biosimilars Could Threaten Roche’s Key Products. 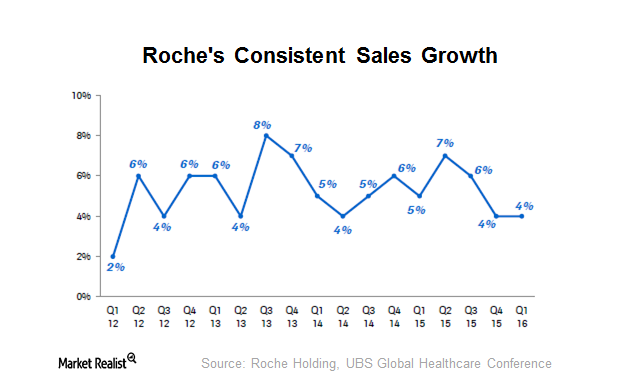 Roche is recording consistent sales growth. During 1Q16, its sales rose annually by 4% on a constant exchange rate basis to 12.4 billion swiss francs. In the next article, we’ll analyze Roche’s performance based on its operating efficiency.

The share price of a biotechnology company fluctuates with changing market dynamics along with the number of late-stage pipeline products. As a result, it’s often risky to directly invest in a pharma or biotech company. Thus, to remain on the safer side, investors can choose the Vanguard FTSE All-World Ex-US Index Fund (VEU), which holds 0.6% of its total holdings in Roche stock.