Bunge (BG) paid $549 million to shareholders through dividends and share repurchases in 2015. The company paid $249 million as dividends in 2015. Bunge has a dividend yield of 2.2% as of June 9, 2016. The company’s management raised the dividend at a CAGR (compounded annual growth rate) of 9.6% over the past five years. For 2015, the company gave a total of $1.4 per share to shareholders in the form of dividends. 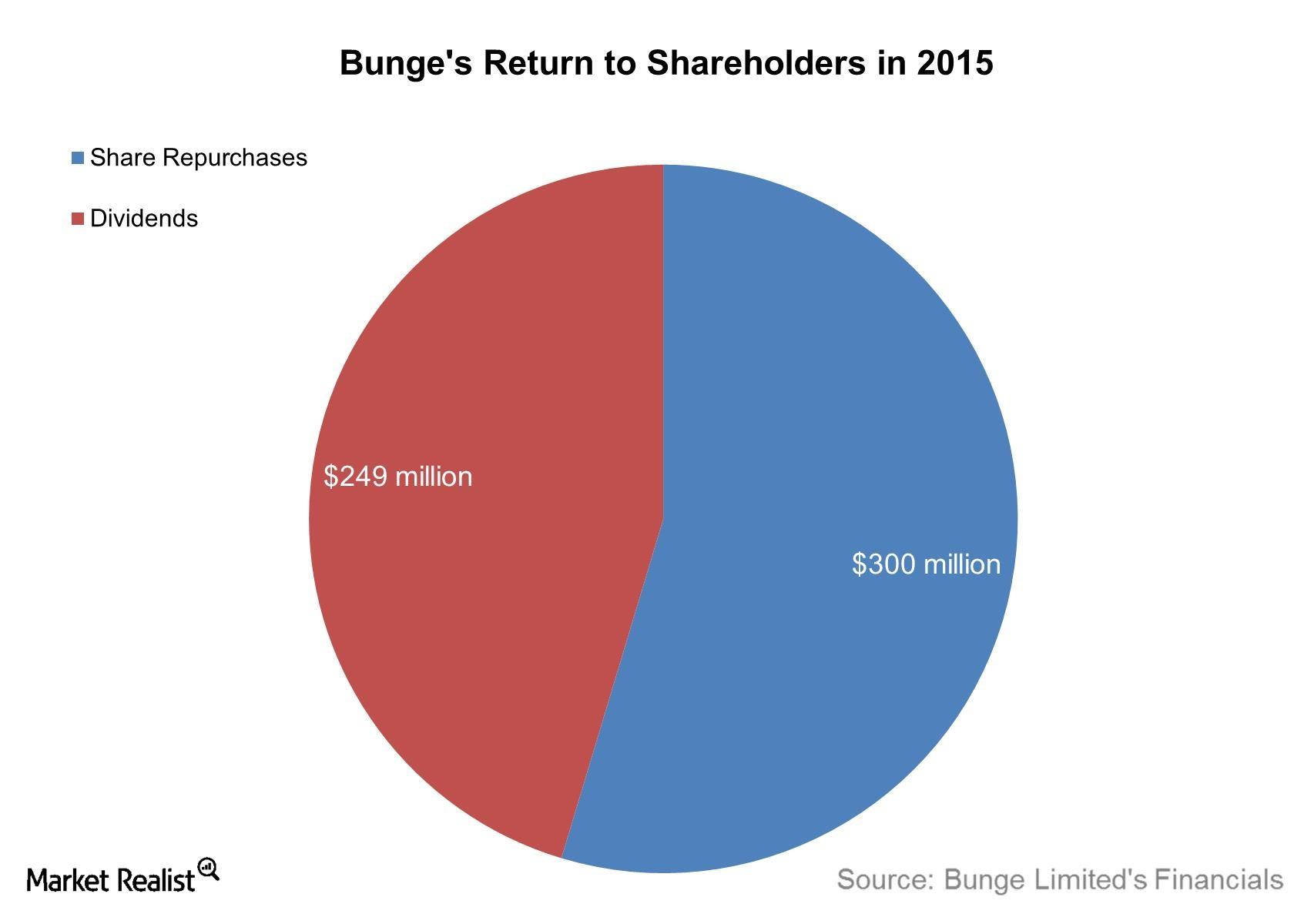 On May 24, Bunge announced that its Board of Directors had approved a 10.5% increase in the company’s regular quarterly common share cash dividend from $0.38 to $0.42 per share. The increased dividend will be paid on September 2, 2016, to shareholders of record on August 19, 2016.

Along with this, Bunge also declared a quarterly cash dividend of $1.22 per share on its 4.88% cumulative convertible perpetual preference shares. This will be paid on September 1, 2016, to shareholders of record on August 15, 2016. In the first quarter of 2016, Bunge returned $243 million in cash to shareholders through dividends and share repurchases. 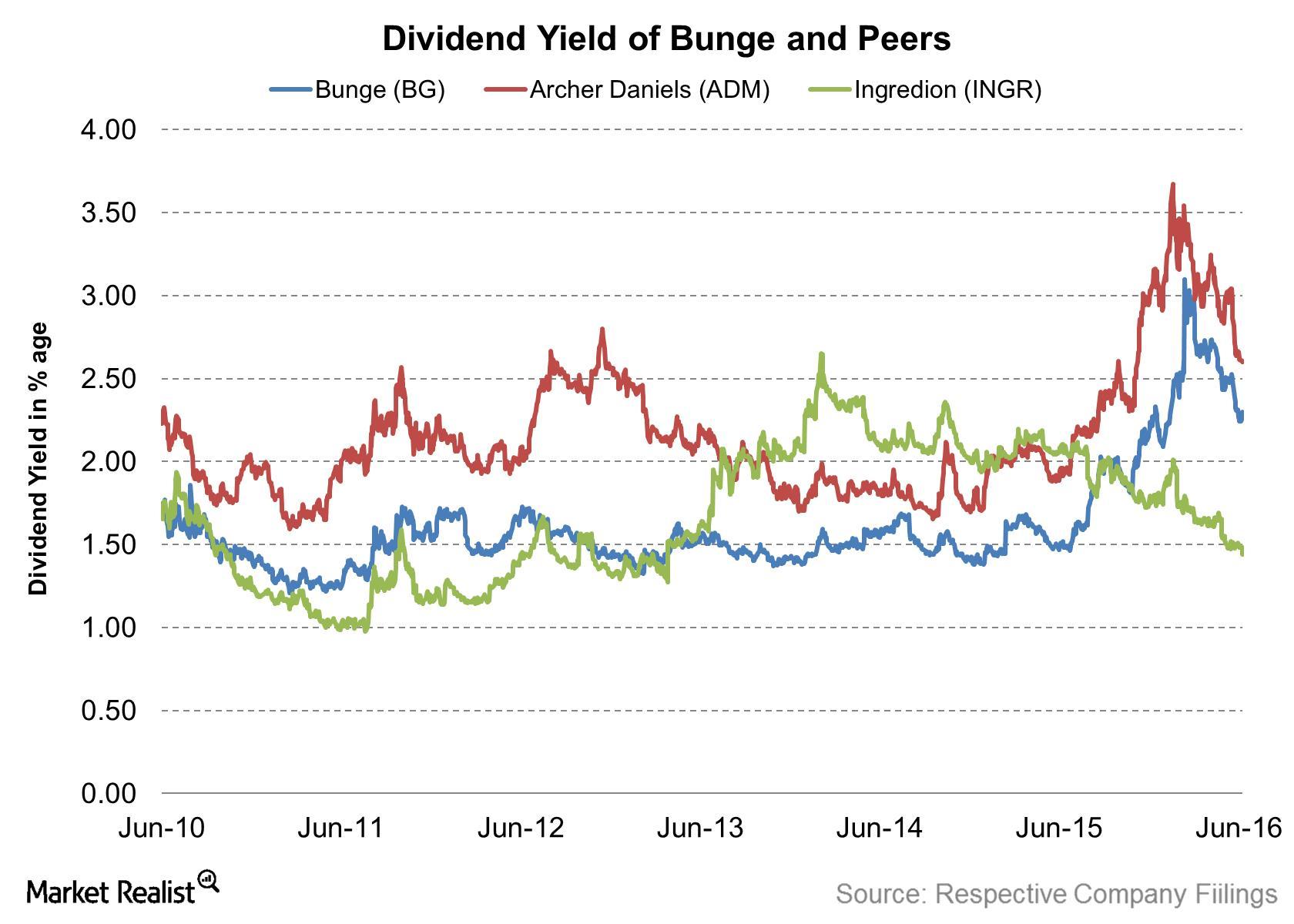 Bunge’s peers in the agribusiness industry include Syngenta (SYT), Ingredion (INGR), and Archer Daniels Midland (ADM). As of June 9, their dividend yields were as follows: