In this part of the series, we’ll take a look at General Mills’ (GIS) recent dividend increase. We’ll also look at the update of its cost-saving initiatives. 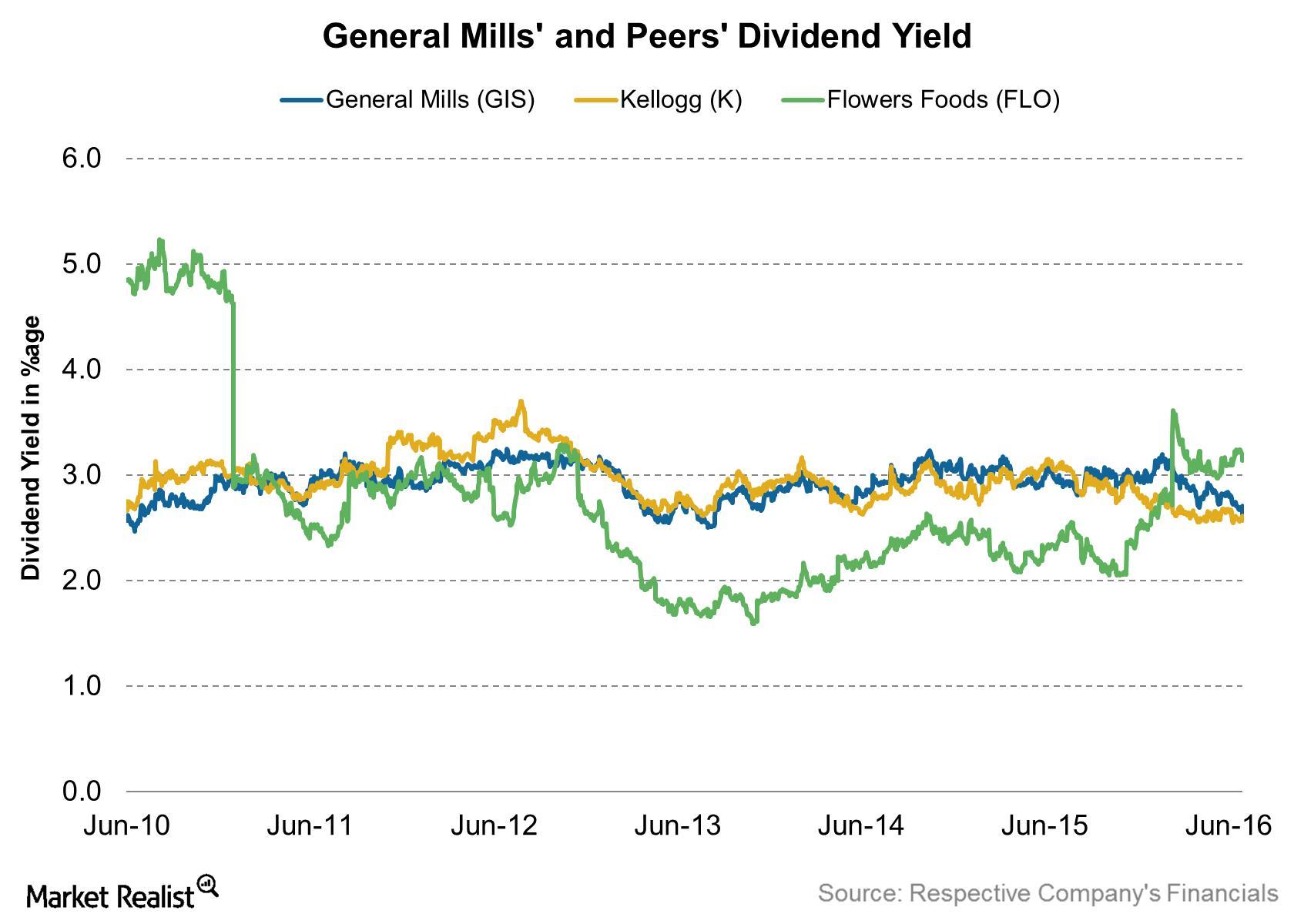 General Mills has a dividend yield of ~2.7% as of June 29, 2016. Management has raised the dividend at a CAGR (compound annual growth rate) of 11.5% over the last five years.

General Mills expects to achieve $600 million in cost savings by fiscal 2018. That’s higher than its earlier target of $500 million by 2018. The target was raised due to strong savings in fiscal 2016 and expectations of further savings over the next two years.

In the next part, we’ll see why General Mills has an optimistic outlook for fiscal 2017 and fiscal 2018.