Natural gas inventories were at 2,754 Bcf, 40.6% higher than their five-year average and 40.3% higher than they were one year ago. The EIA is releasing inventory data for the week ended May 20 on May 26. 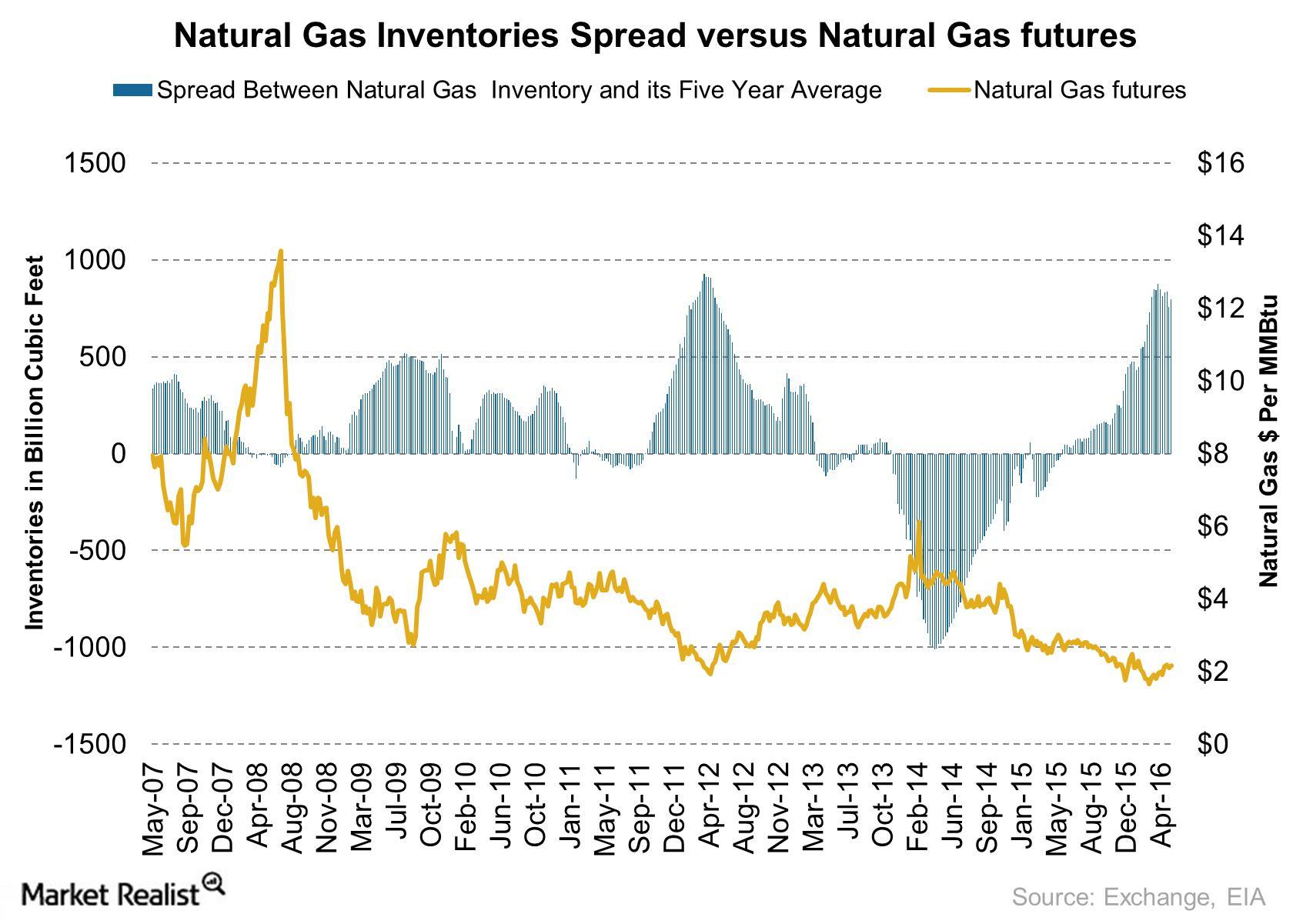 The above analysis could be important for natural gas–weighted stocks such as Gulfport Energy (GPOR), Comstock Resources (CRK), Rice Energy (RICE), and Range Resources (RRC).