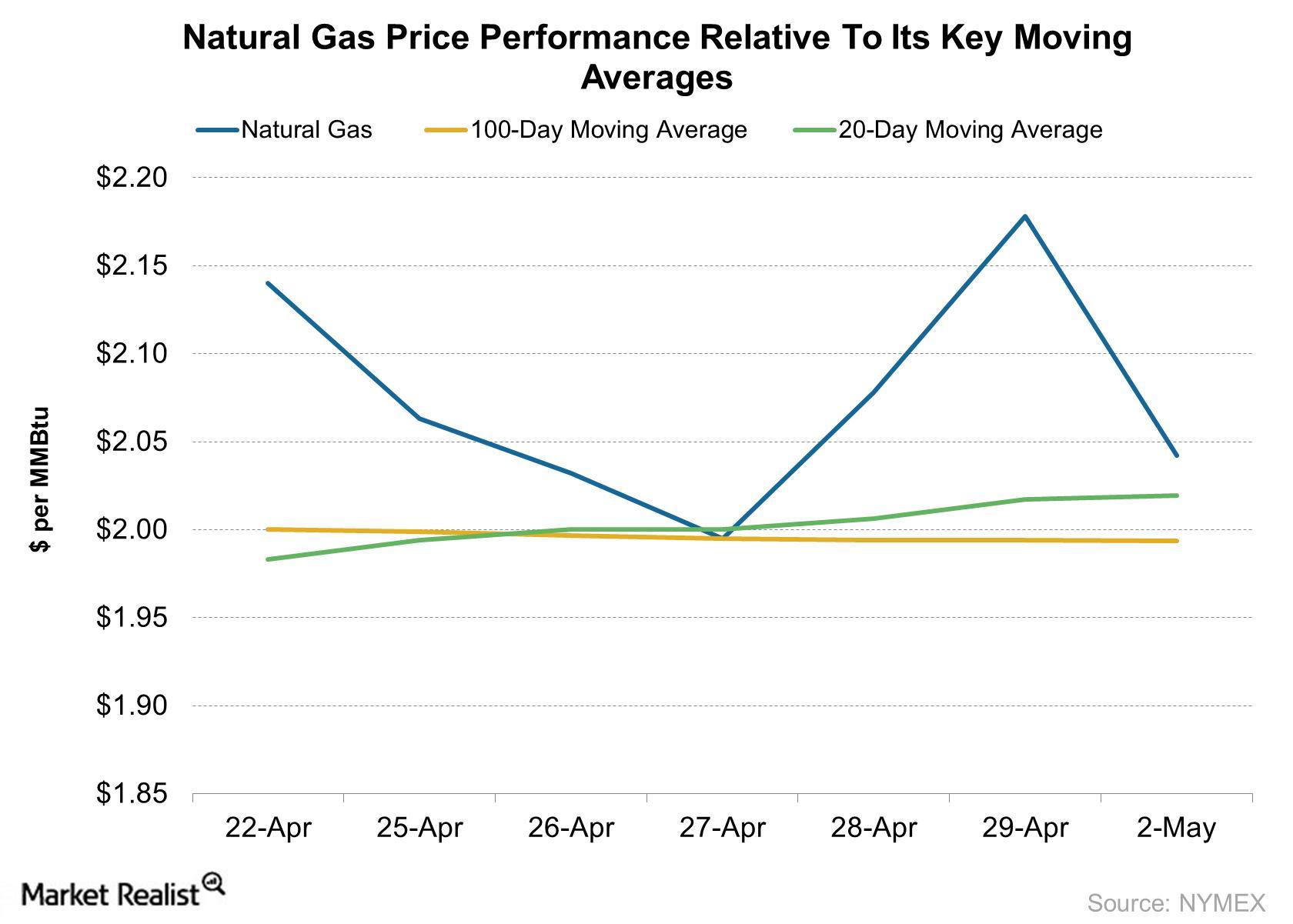 Data from Bentek Energy pointed out that the average daily natural gas production from April 1 to April 23 was 1% lower than the production in March 2016. So far, it’s 2.5% lower compared to February 2016. The above development could be substantial for natural gas–weighted stocks such as Comstock Resources (CRK), Ultra Petroleum (UPL), Southwestern Energy Company (SWN), and others.