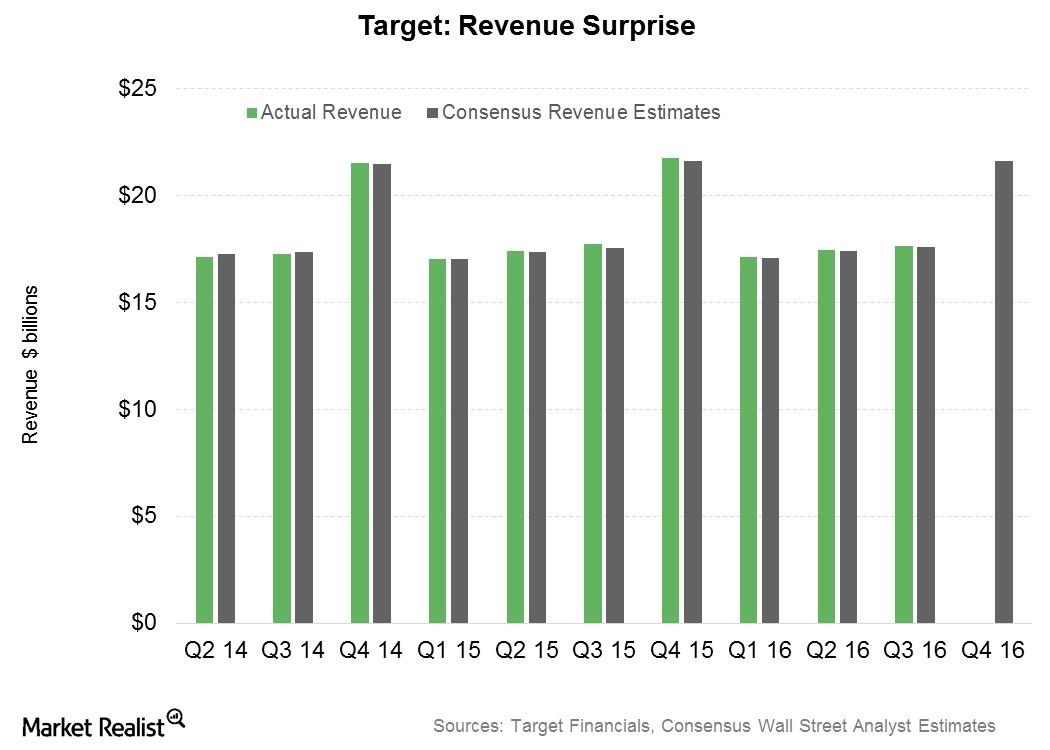 All of Target’s merchandising categories posted positive sales growth in the first nine months of fiscal 2016—the exception of hardlines, a category that includes electronics. The electronics category registered a double-digit comps decline in 3Q16. The company attributed the decline to tougher YoY (year-over-year) comparisons due to heightened promotional activity in fiscal 3Q15 and slow tablet sales[1. Based on comments by Target’s CEO Brian Cornell.]

Target made an estimated $1.8 billion in web sales last fiscal year, according to the NRF (National Retail Federation). In contrast, web sales made up about 2.5% of Walmart’s (WMT) sales or $12.2 billion in fiscal 2015. Department store chains Macy’s (M) and Nordstrom (JWN) made 19.2% and 18% of their respective total sales from the web in their last fiscal years, according to the NRF. This works out to e-commerce sales of $2.4 billion for Nordstrom and $5.4 billion for Macy’s.