Not a happy new year for iron ore stocks 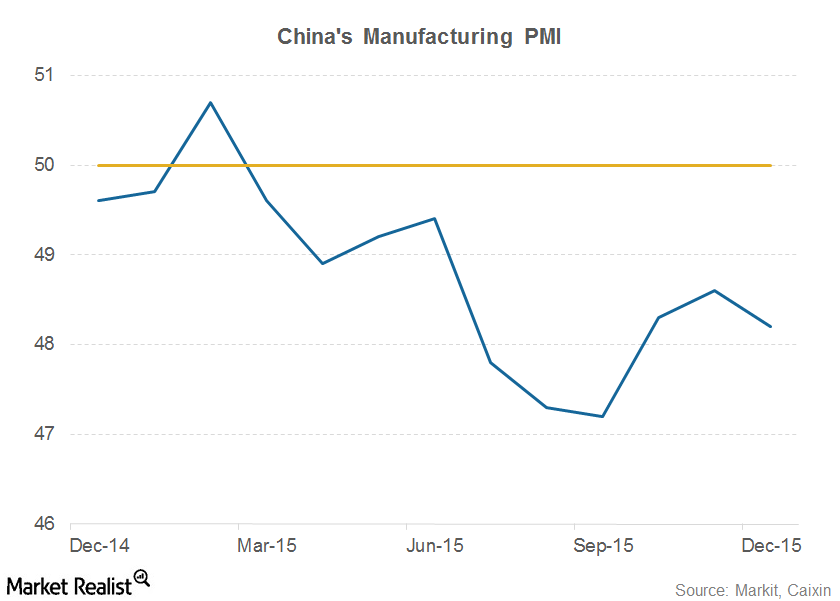 The major shock at the start of the year came in the form of the Chinese manufacturing PMI, which came in below expectations and below November’s level. Ten consecutive months of contraction in the manufacturing sector bodes ill for commodity providers. This led to a huge sell-off in the commodity space.

China’s economy has been the biggest driver for commodities for the past several years. In 2015, the Chinese economy grew by just 6.9%. The market is now used to the Chinese economy growing at a much higher clip. This growth rate has been needed to support the expansions put in place by miners following China’s investment-led boom.

The International Monetary Fund (or IMF) is forecasting an even slower growth rate of 6.8% in 2016. Along with China’s transition from investment- to consumption-driven growth, this could lead to pressure on commodities such as iron ore.

Can iron ore companies hold their ground in what looks like a challenging year for the global markets? In the coming parts of this series, we’ll explore what factors could drive iron ore companies’ 2016 performance.