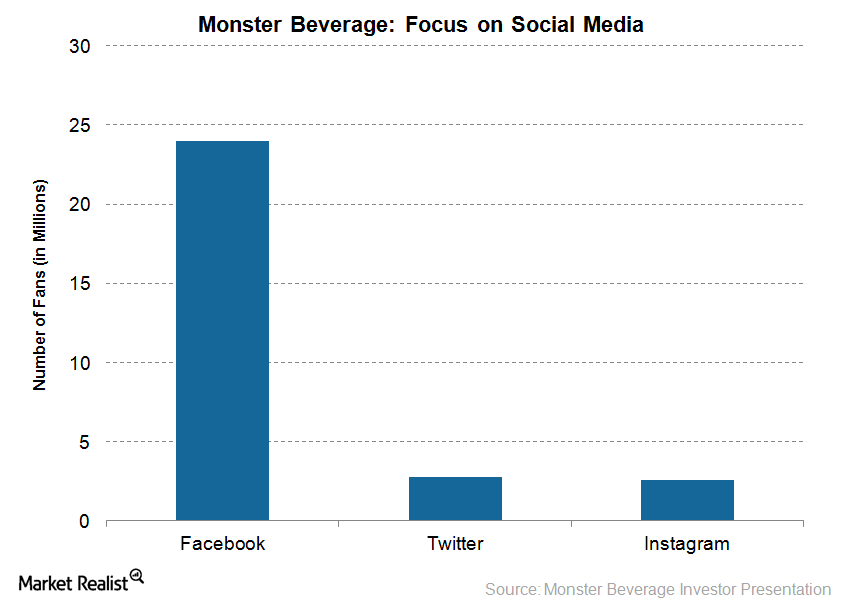 Monster Beverage’s advertising efforts are often associated with adventure sports in order to target a younger demographic. Aside from sports, Monster Beverage sponsors several music bands. In the investor meeting, Monster Beverage’s CEO stated that the company achieved success with the sponsorship of action sports, especially the X Games, an annual event focused on extreme sports.

In 2015, Monster Beverage signed a multiyear partnership with Ultimate Fighting Championship, or UFC. The company’s CEO stated that this sponsorship exposed the brand to new consumers both in the United States and internationally. The sponsorship with UFC, which is a leading mixed martial arts organization, is helping Monster Beverage attract consumers in the 18–34–year-old demographic.

Monster Beverage and these three beverage companies together constitute 0.1% of the iShares Russell 1000 ETF (IWB) and 10.7% of the iShares Global Consumer Staples ETF (KXI).