The Walt Disney Company (DIS) is expected to announce its fiscal 1Q16 earnings on February 9, 2016. Now let’s see how the company’s business segments are expected to perform in fiscal 2016.

As the graph below indicates, Disney’s Media Networks segment was the biggest contributor to its revenue at 44% with segment revenues of $23.3 billion in fiscal 2015. This segment earns a majority of its revenues from affiliate fees, advertising revenues, and the ABC television network. 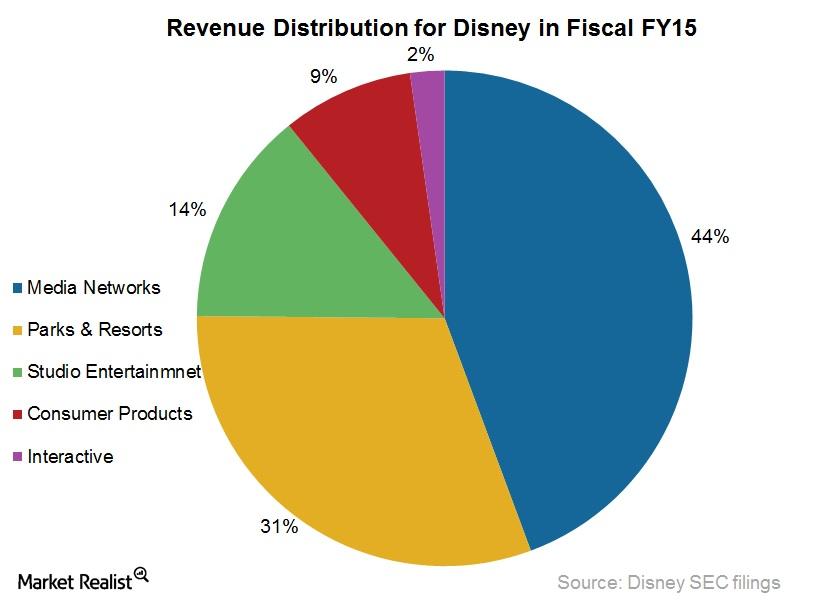 The company also expects to declare its Shanghai Disney Resort open on June 16, 2016. It will be Disney’s first resort in mainland China (FXI). Disney expects pre-opening expenses for the Shanghai resort to be around $300 million in fiscal 2016.

Disney’s Studio Entertainment segment has a movie slate in fiscal 2016 that will fully reflect the strength of the company’s brand portfolio. It includes Marvel’s Captain America: Civil War and The Jungle Book.

The sales of merchandise related to Disney’s movie Star Wars: The Force Awakens will be recognized in fiscal 1Q16 for Disney’s Consumer Products and Interactive segment.