Activist investor Mario Gabelli’s GAMCO Investors, which owns a 9.1% in National Fuel Gas (NFG), is pressuring the company to spin off its gas utility segment from its natural gas exploration and midstream assets. In this series, we’ll discuss National Fuel Gas’ businesses and why GAMCO thinks NFG is undervalued.

NFG, which has a ~$5.6 billion market cap, is a diversified natural gas company. Its headquarters are in Buffalo, New York. The company’s assets are distributed among five business segments: 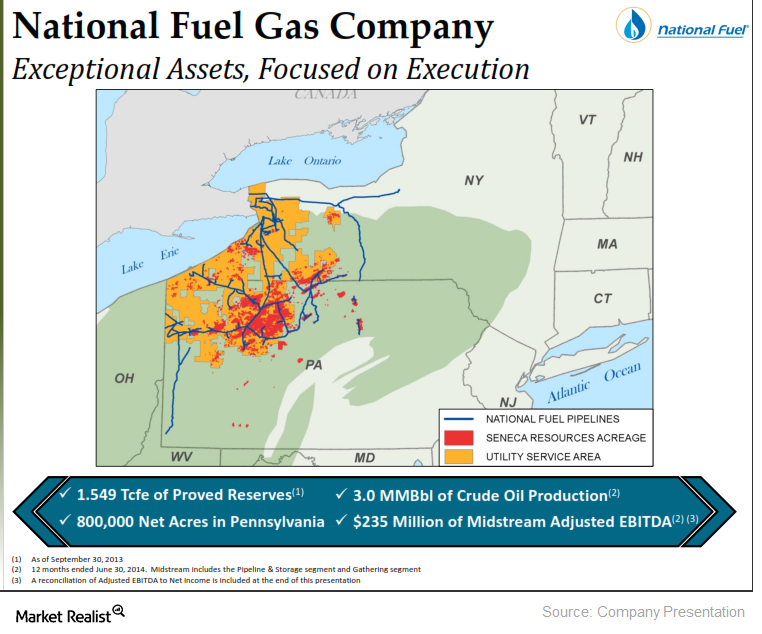 In an amended 13D filing on September 12, Gabelli disclosed a proposal that was sent to National Fuel Gas for inclusion in the proxy and proxy statement for the company’s 2015 annual meeting of stockholders. The proposal stated that NFG’s board and management are requested to “act expeditiously, consistent with effective tax considerations, to engage an investment banking firm to effectuate a spin-off of the company’s utility segment, which represents the operations of National Fuel Distribution Corporation, into a separate publicly traded C-corporation.” The spinoff proposal was also previously suggested in GAMCO’s 13D amended filing in April.

At Barron’s 2014 Roundtable earlier this year, Gabelli added that by spinning off its utility segment, NFG could follow the example of another diversified energy company, ONEOK (OKE). ONEOK shares have rallied since it created a new standalone publicly traded company earlier this year called ONE Gas (OGS) by separating its natural gas distribution business.

Spinoffs are popular among activist investors

You can gain exposure to spinoffs by investing in the Guggenheim Spin-Off ETF (CSD) that tracks companies that have been spun off within the past 30 months. The ETF has outperformed the SPDR S&P 500 (SPY) since 2009.

In the next part of this series, we’ll discuss National Fuel Gas’ business segments.