Helping business grow to grow itself 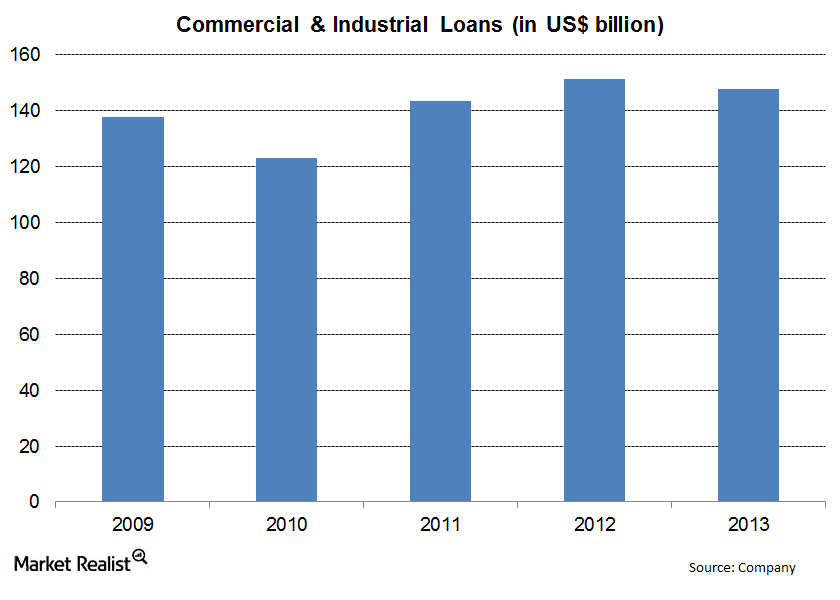 Diversified lending to all sectors

The bank’s strategy is to not focus on any particular segment of industry. This helps it mitigate risk because the bank’s earnings and delinquencies are not dependent on any particular sector. Wells Fargo’s highest contributing industrial sectors are investors, cyclical retailers, oil & gas, and food & beverages, each accounting for nearly 2% of the bank’s overall loan portfolio.

Wells Fargo’s position in commercial real estate lending is quite similar to its peers, including Bank of America Corporation (BAC), JP Morgan Chase & Co (JPM), and Citibank, of Citigroup Inc (C). It is a much larger player, however, than the smaller banks included in the exchange-traded fund (or ETF), the Financial Select Sector SPDR (XLF).

In the next article, we’ll move on to look at other major non-interest revenue sources for Wells Fargo.