The oldest coal region in the U.S. 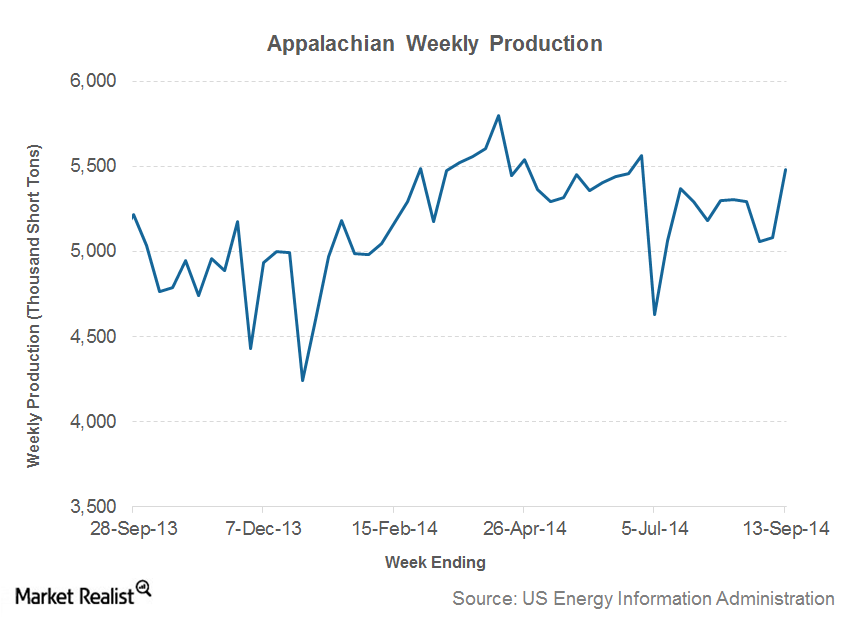 Northern Appalachian holds almost all the anthracite reserves in the U.S. Most of the mines in the Appalachian produce medium and high volatile bituminous. They also produce some low volatile bituminous coal. The heat rate for Appalachian coal is high at over 12,500 British thermal units per pound (or Btu/lb) compared to 8,500 Btu/lb for Powder River Basin (or PRB) coal. However, the sulfur content is higher—0.8% to 4%—in Appalachian coal. It was exposed to sea water. Sulfur is commonly found in sea water.

Unlike PRB, where the mines are huge—remember Peabody’s (BTU) North Antelope Rochelle or Arch Coal’s (ACI) Black Thunder from Part 5—the Appalachian has many small mines scattered around the region. The PRB produced 423 million tons of coal from just 16 mines during the 12 months ending September 13, 2014. Hundreds of mines were active in the Appalachian. They produced 269 million tons of coal. Appalachian coal is located in the mountains. The mines are usually underground. In the PRB, all the mines are surface mines.

Alpha Natural Resources (ANR) and Walter Energy (WLT) are two of the major coal producers (KOL) in the region.

What kind of coal is produced in the Appalachian? How are major coal producers in the region different from each other? We’ll discuss this in the next part of the series.