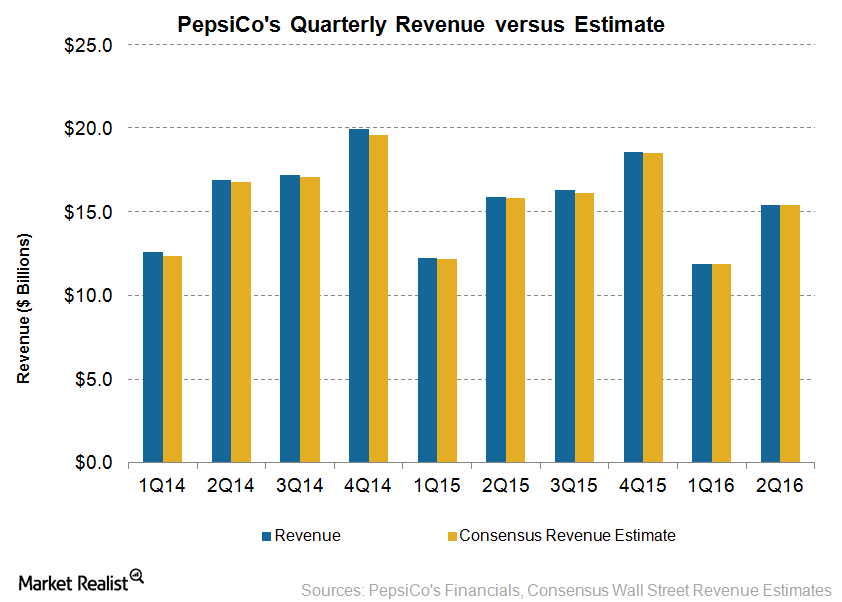 What caused the revenue decline?

Adverse foreign currency fluctuations had a four-percentage-point impact on PepsiCo’s revenue in 2Q16. The strengthening of the US dollar against major world currencies continues to impact PepsiCo’s international revenue. In fiscal 2015, PepsiCo generated 56% of its revenue from the United States and the remaining from its international operations.

The organic revenue growth in 2Q16 was driven by the company’s Frito-Lay North America, AMENA (Asia, the Middle East, and North Africa), and Latin America segments. The iShares US Consumer Goods ETF (IYK) has a ~7% exposure to PepsiCo.