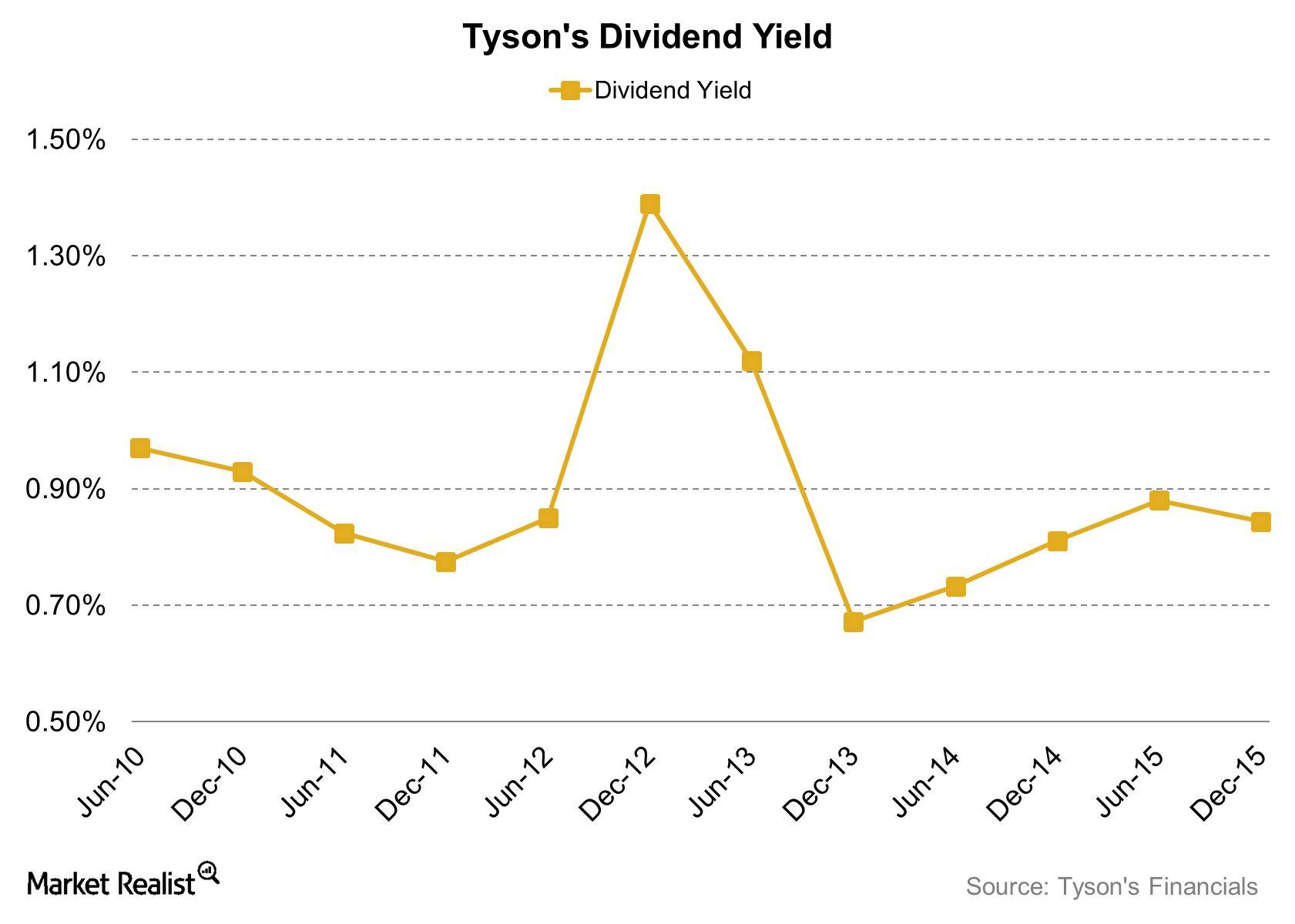 For the six months ending fiscal 2016, Tyson Foods has returned more than $108 million to shareholders through dividends. Currently, the company has a dividend yield of 0.73%. The company’s management has been raising the dividend on a consistent basis for the last five years. It increased by an average annual rate of 20%. The company paid $0.45 per share in dividends to shareholders in 2015.

Tyson Foods’ peers in the industry include Cal-Maine Foods (CALM), Flowers Foods (FLO), and Pilgrim’s Pride (PPC). CALM, FLO, and PPC have reported year-to-date returns of 5.5%, -9.7%, and 31.3%, respectively, as of May 11. The PowerShares Dynamic Food & Beverage Portfolio (PBJ) invests 2.5% of its holdings in CALM.

In the next article in this series, we’ll look at Tyson Foods’ stock reaction to fiscal 2Q16 earnings.