The business model of downstream solar (TAN) players like Vivint Solar (VSLR), SolarCity (SCTY), Sunrun (RUN), and SunPower (SPWR) (downstream operations) generate income over the term of customer agreements, and these agreements typically last for 20 years. The majority of capital required for early expansion has to come from outside sources, however, and as a result, it’s very important for Vivint Solar to maintain a liquidity position in order to raise capital at low costs. 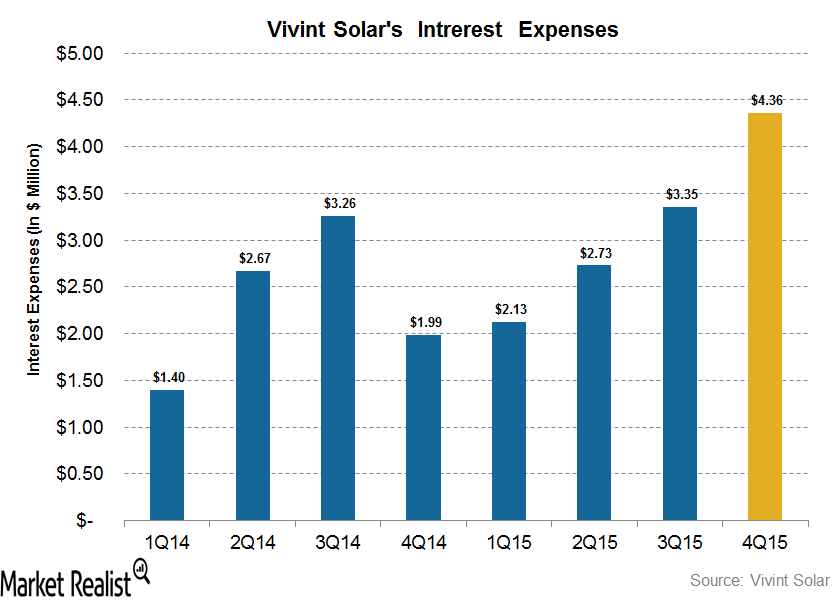 As of December 31, 2015, Vivint had about $92.2 million in the form of cash and cash equivalents on its balance sheet, compared to $261.6 million as of December 31, 2014. Moving ahead, the company prefers to raise capital through tax equity financing from existing and new investors. According to company filings, Vivint Solar has tax equity commitments from investors to fund about 55 MW as of February 29, 2016.

Continue to the next and final part for our discussion of the 2016 outlook for Vivint Solar.