Introduction to Jack in the Box 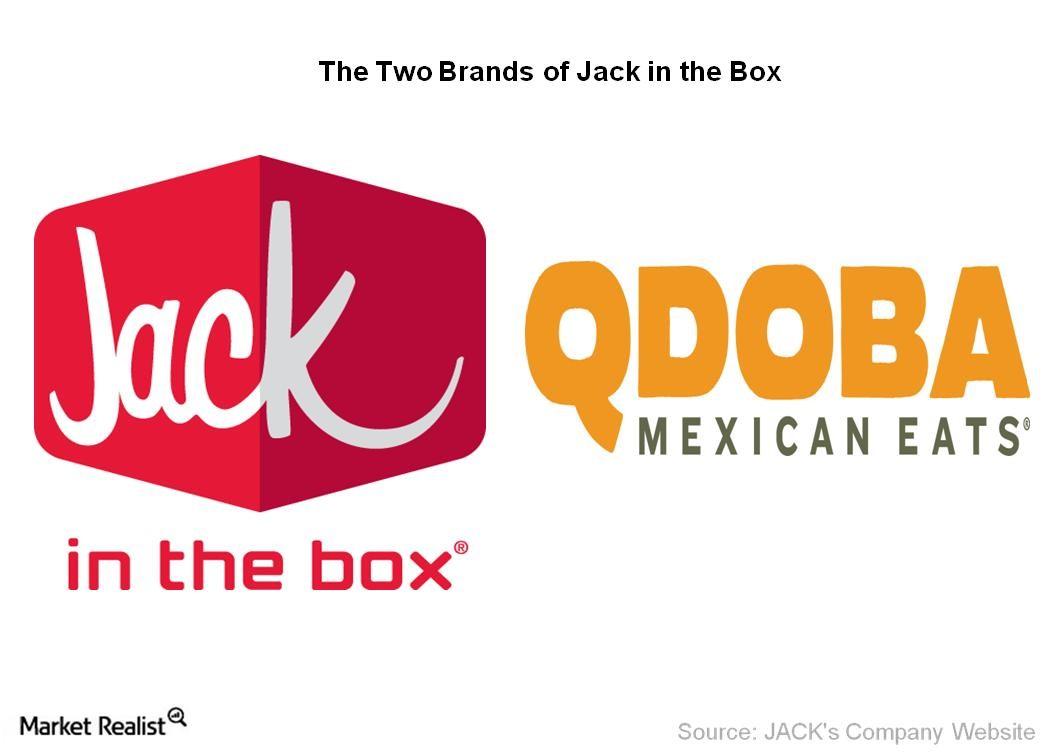 Jack in the Box brand

In August 2013, the brand introduced its late-night Jack’s Munchie Meal. As Jack in the Box is a fast-food restaurant, its core menu revolves around hamburgers such as the Jumbo Jack, Ultimate Cheeseburger, Sourdough Jack, and Sirloin Cheeseburger. Apart from these, the restaurant also offers salads, fries, tacos, and ice cream.

Qdoba Mexican Eats’ menu includes tacos, burritos, quesadillas, and salads. Customers can customize their products with different sauces and salsas and vary the quantities of cheese and guacamole.

In the hamburger business, Jack in the Box’s top competitors include the following:

In the fast-casual restaurant business, Qdoba Mexican Eats competes with

You can gain exposure to the restaurant industry through the Consumer Discretionary Select Sector SPDR ETF (XLY), which invests about 10% of its portfolio in restaurant stocks, including some of those mentioned above.