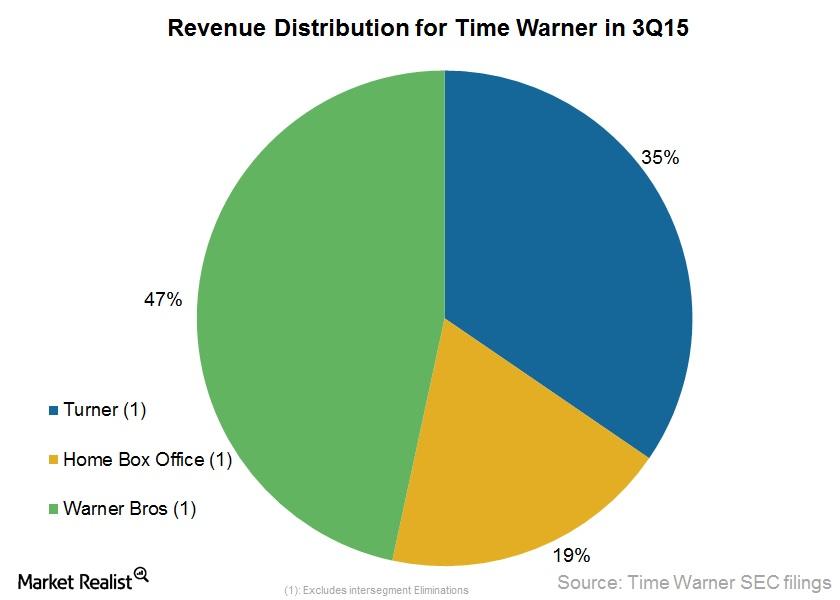 Now, let’s take a look in detail at each of these segments.

However, adjusted operating income was up year-over-year by a significant 206% to $1.1 billion in 3Q15. This was because programming costs fell by 45% year-over-year due to a fall in restructuring and severance costs.

HBO had revenues of $1.4 billion in 3Q15, a rise of 5% over 3Q14. The growth in revenues was primarily driven by a 13% year-over-year growth in content and other revenues to $19 million in 3Q15. The reason for this was a rise in domestic licensing revenues.

Adjusted operating income was $519 million in 3Q15, a growth of 37% over 3Q14. This was due to a fall of 6% in programming costs from a fall in costs related to acquired theatrical programming.