Acquisition of Mona Group in fiscal 2016

In its first quarter of fiscal 2016, the Hain Celestial Group (HAIN) acquired the Mona Group, a leader in plant-based foods and beverages with facilities in Germany and Austria. The Mona Group offers a wide range of organic and natural products under the Joya and Happy brands, including soy, rice, oat, and various nut-based drink products. Management had anticipated that this acquisition would increase the scale of its plant-based operations to over $100 million in net sales in Europe in a growing category of branded and private label products while providing the company with additional manufacturing capacity. Management expects the Mona Group to be accretive to Hain Celestial’s earnings in fiscal 2016. 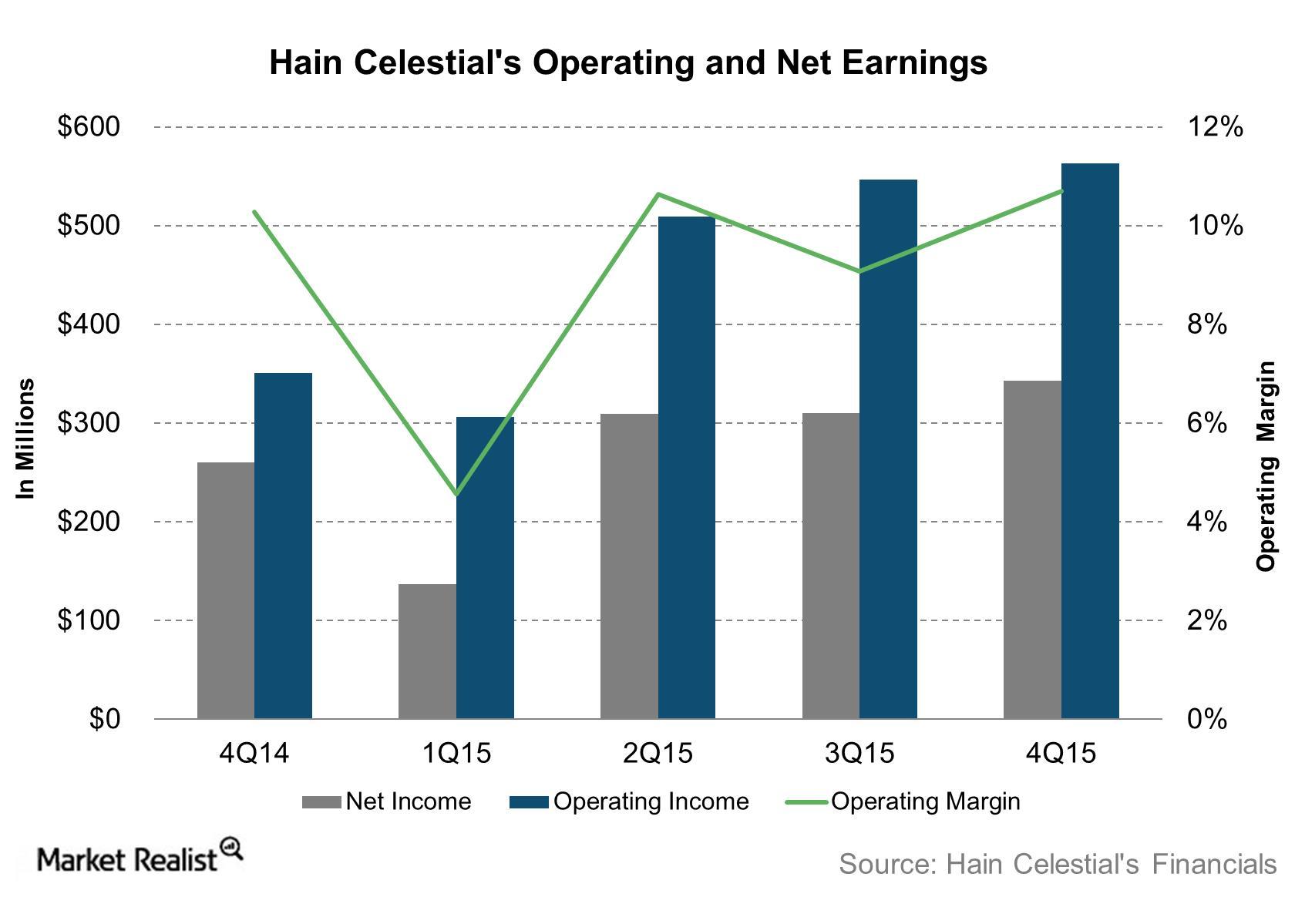 In 3Q15, the company also acquired Belvedere International, a health and beauty care product company that includes the Live Clean brand. Hain Celestial’s management thought that this deal would increase the scale of its Canadian operations to over $150 million in net sales and provide the company with opportunities for sales expansion and cost efficiencies as it leverages existing infrastructure in Canada. In 2014, Belvedere reported ~$25 million in net sales and is expected to be accretive to Hain Celestial’s earnings in fiscal 2016.

The company’s peers in the industry include Mead Johnson Nutrition Company (MJN), McCormick & Company (MKC), and Keurig Green Mountain (GMCR). They reported operating margins of 23.1%, 12%, and 16.6%, respectively, in their last reported quarter. The Vanguard Mid-Cap Growth ETF (VOT) invests 0.53% of its portfolio in the GMCR stock.