Best Buy is restructuring in Canada

On March 28, 2015, Best Buy (BBY) announced its plans to immediately close 66 Future Shop locations in Canada. It also plans to consolidate other Future Shop stores and its online channel under the Best Buy brand.

Recently, Best Buy has been divesting businesses that aren’t profitable. It completed the sale of its Five Star business in China in February 2015. In 2013, the company sold its 50% stake in Best Buy Europe. 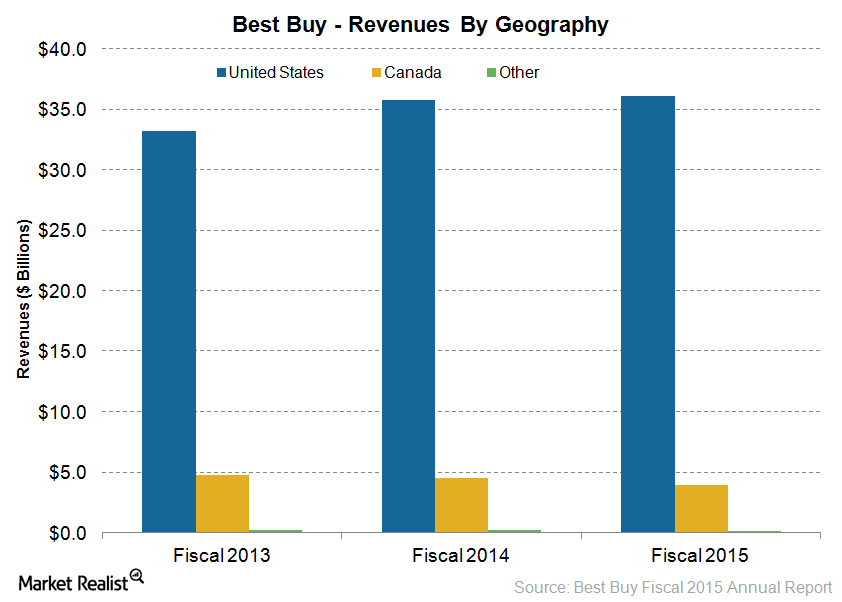 In fiscal 2015—ending January 31, 2015—Best Buy’s US operations accounted for ~89% of its revenue. The company’s international segment includes stores in Canada and Mexico. It contributed ~11% of the revenue. Best Buy’s revenue from Canada has been declining in recent years. In fiscal 2015, its revenue from Canada declined by 10.5% to $4 billion. At the end of fiscal 2015, Best Buy’s stores in Canada included 133 Future Shop stores, 71 Best Buy stores, and 56 Best Buy Mobile stand-alone stores.

With this restructuring, Best Buy will have a total of 192 locations across Canada—including 136 large-format stores and 56 Best Buy Mobile stores. The consolidation of Future Shop stores with Best Buy stores in Canada will result in the elimination of 500 full-time and 1,000 part-time employees. The company also plans to invest ~$200 million in its Canada stores and online site. This will enhance its merchandise and customers’ shopping experience.

The restructuring in Canada is expected to negatively impact the company’s fiscal 2016 diluted EPS (earnings per share) in the range of $0.10–$0.20.