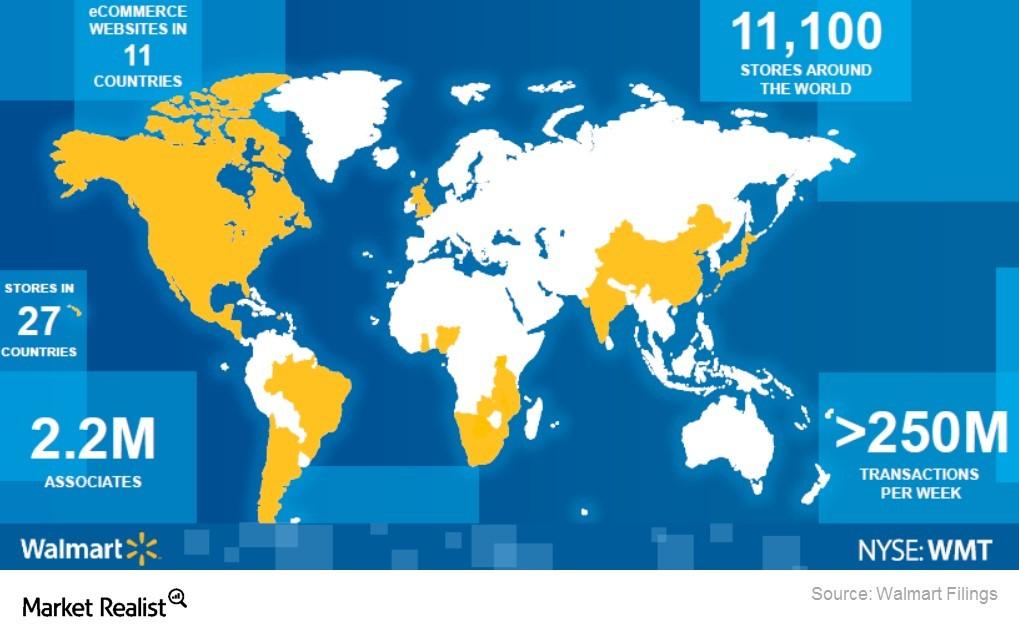 Walmart’s first overseas venture began in the early 1990s in Mexico. Since then, the company expanded its operations to 25 other countries including the United Kingdom, Japan, Brazil, China, Canada, Argentina, Chile, India, and parts of Africa and Central America.

Walmart’s size, financial strength, and sector orientation mean that the company is included in the portfolio holdings of several ETFs including the SPDR S&P Retail ETF (XRT) with an ~1% weight and the SPDR Consumer Staples Select Sector ETF (XLP) with an ~7.5% weight, among others. Additionally, Walmart is a significant part of various consumer staples mutual funds such as the Fidelity Select Consumer Staples portfolio.

In this series, we’ll provide an overview and analysis of Walmart, including both operational and financial aspects. We’ll also discuss the returns to investors and stock valuations. We’ll see how these compare to other companies in the retail industry.