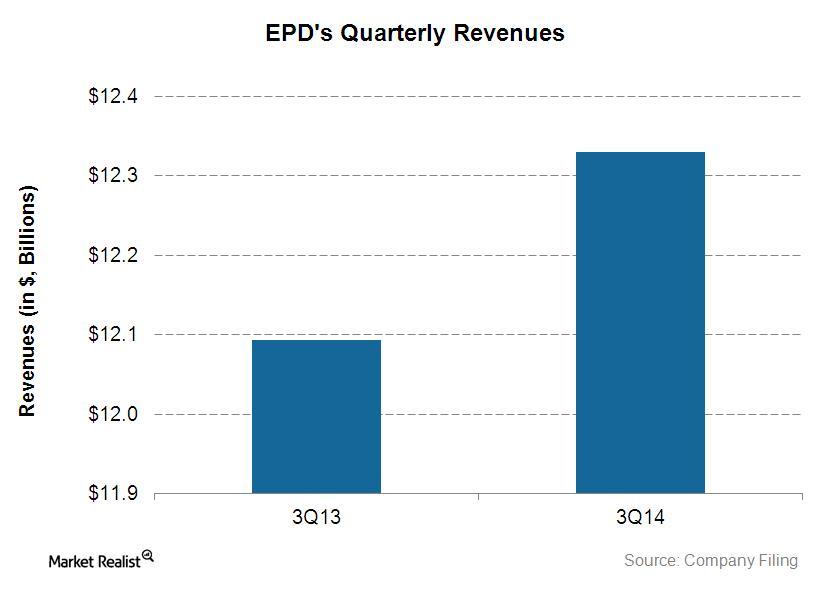 Among its peers, revenues for Kinder Morgan Energy Partners (KMP) increased 16.3%. Revenues for Plains All American (PAA) increased by 4%. Williams Companies’ (WMB) revenues increased by 27.5% in 3Q14—compared to the same period last year. Some of these companies are part of the Alerian MLP ETF (AMLP). 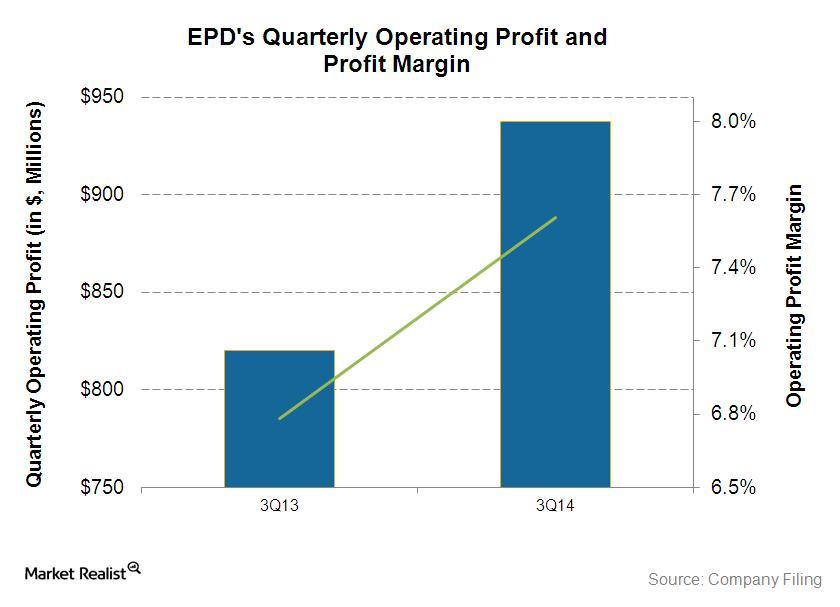 Operating income and margin up

For 3Q14, EPD recorded $937.7 million in operating income—up 14% from $819.9 million recorded in 3Q13. In 3Q14, EPD’s operating income improved in all of its segments, except for the Onshore Natural Gas Pipelines & Services segment. We’ll discuss this in the next part of the series.

EPD’s operating profit margin—or operating profit as percentage of total revenues—also inflated to 7.6% in 3Q14 from 6.8% in the same quarter last year. Along with the revenue increase, EPD was also able to improve operating income and margin in its latest quarter.

The main reasons for the improvements were: