Inverse relationship between gold and the U.S. dollar 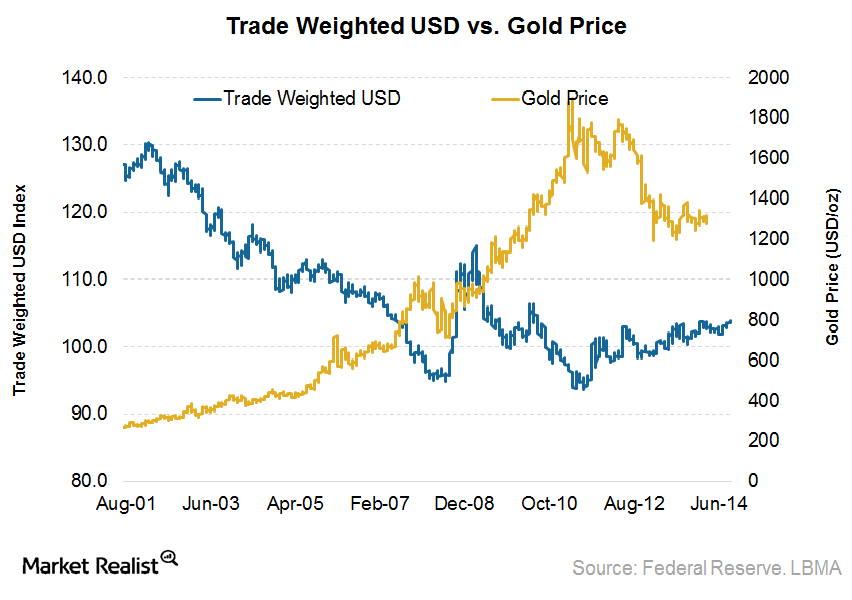