IBM’s scale in the software space

So far in the series, we discussed IBM’s better-than-expected performance in fiscal 4Q17. We also discussed what technical indicators suggest about the company’s stock. Now let’s look at the value proposition of IBM (IBM) in the IT (information technology) consulting subsector. On January 26, 2018, International Business Machines (IBM) with a market cap of approximately $155 billion continued to be the largest player by market capitalization in the IT consulting space. It was followed by Accenture (ACN), which has a market cap of ~$104 billion. IBM and Accenture, in that order, are followed by Cognizant (CTSH), India-based (EPI) Infosys, and Teradata (TDC). 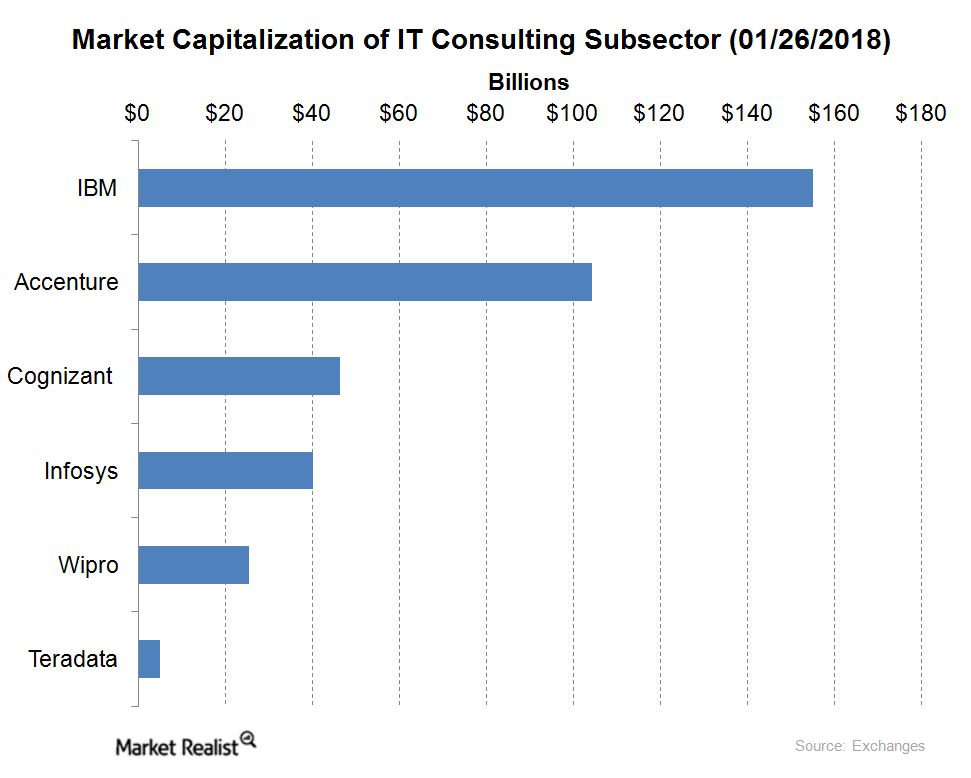 Now let’s look at IBM’s EV-to-EBITDA (enterprise value to earnings before interest, tax, depreciation, and amortization) multiple. IBM was trading at a forward EV-to-EBITDA multiple of ~9.7x on January 26, 2018. This metric was lower than Accenture and Teradata’s ~15.24x and ~12.4x, respectively. The metric for Cognizant was 14.40x.