IBM’s (IBM) interest in blockchain technology has prompted the company to promote the Hyperledger Project. Hyperledger, a Linux open source project, is a collective effort to accelerate blockchain technology. Its collaborators include Intel (INTC), CME Group, JPMorgan Chase, and DTCC. Though open source software is rapidly moving into all segments of the technology space, its growing strength in the database space is of particular importance. Oracle (ORCL), a leader in the database space, faces a severe threat from open source databases Apache Cassandra and MongoDB, which were just behind Oracle, Microsoft, and IBM in this space. 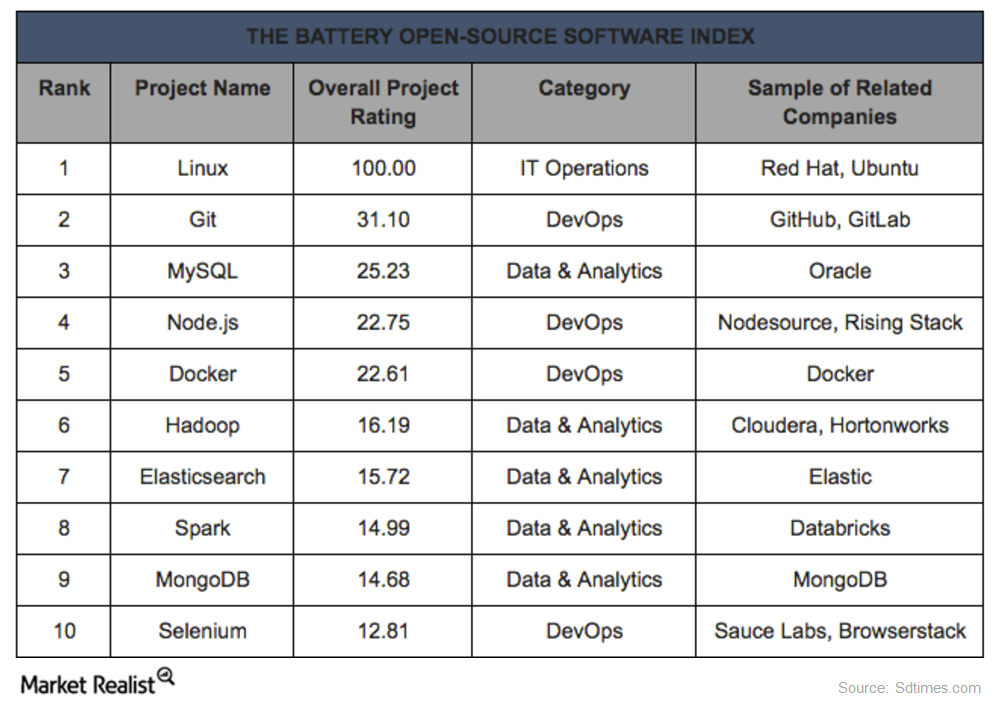 Open source poses a threat to enterprise IT

The above table shows the BOSS (Battery Open-Source Software) Index, which is released by Battery Ventures. The index offers insight into major open source software trends. Popularity, user activity, job creation ability, and traction among the developer community are the key factors in ranking these open source projects.

Linux tops the list and is followed by Git and Oracle’s (ORCL) MySQL. Dharmesh Thakker, general partner at Battery Ventures, discussed the increased adoption of open source software and its impact on enterprise IT: “The rise of open-source software represents a sea change in enterprise IT, and it is increasingly the go-to option when developers need to spin up new applications or infrastructure.”