Oracle’s scale in the software space

So far in this series, we’ve already discussed the market expectations from Oracle’s (ORCL) soon-to-be-announced fiscal 1Q17 results, as well as its recently announced acquisition in the cloud space. In this part, we’ll compare the company’s value proposition with other software companies in the United States. 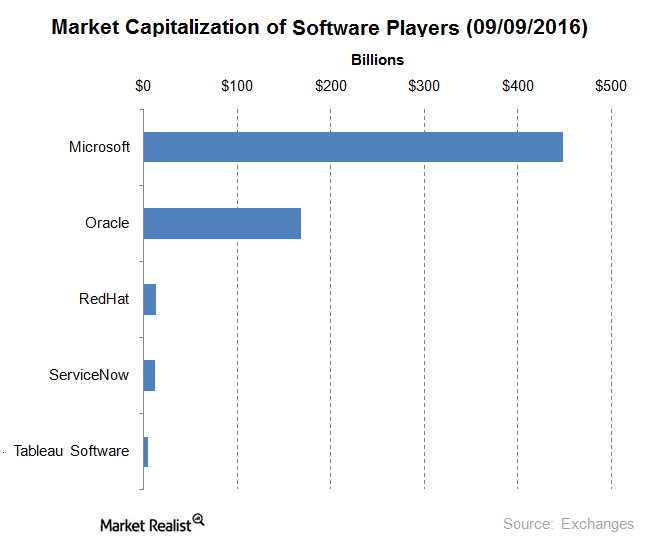 Oracle was trading at a forward EV-to-EBITDA multiple of ~9.2x on September 9, 2016. This metric was lower than Microsoft’s multiple of ~10.9x. By comparison, Red Hat’s and ServiceNow’s multiples stood at ~18.6x and ~49.7x, respectively, as of the same date.

In the next and final part of this series, we’ll look at analyst recommendations.